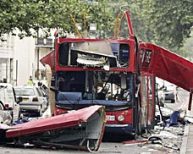 Britain’s fight against terrorism has been a disaster, because its “flawed, neo-conservative” direction alienated Muslims and increased the chances of terrorist attacks, a former leading counter-terrorism officer has told the Guardian.

Speaking to mark today’s fifth anniversary of the 7 July attacks in London, Dr Robert Lambert said the atrocity had led the Labour government to launch not just the publicly declared battle against al-Qaida, but a much wider counter-subversive campaign that targeted non-violent Muslims and branded them as supporters of violence.

Lambert, now an academic, served for 30 years as an officer in Scotland Yard’s special branch, dealing with the threat from Irish Republican terrorism through to the menace from al-Qaida. He was head of a counter-terrorism squad, the Muslim contact unit (MCU), which gained intelligence on violent extremists, and won praise from Muslims, even those who have criticised police.

Lambert said the Labour government adopted a “flawed, neo-con analysis to react to 7 July. The view was that this is such an evil ideology, we are entitled to derogate from human rights considerations even further.”

The effect of this, said Lambert, was to cast the net too wide: “The analysis was a continuation of the analysis after 9/11, which drove the war on terror, to say al-Qaida is a tip of a dangerous Islamist iceberg … we went to war not against terrorism, but against ideas, the belief that al-Qaida was a violent end of a subversive movement.”

Lambert said this approach alienated British Muslims, as those who expressed views such as opposition to the wars in Iraq and Afghanistan, also held by non-Muslims, feared that holding such beliefs made them suspects. “The best way of tackling al-Qaida is to reassure the communities where it seeks support and recruits, is to show those communities that their grievances can be expressed legitimately,” Lambert said.

He said the fight needed to focus solely on the terrorists, and not on those who may share some of their political views, but who will express them peacefully. He said that British policies handed the terrorists propaganda victories. Such policies included the Iraq war, civilian casualties in Afghanistan, the torture of terror suspects at Guantánamo and elsewhere, rendition, the muted response to Israel’s attack on Lebanon and the attempt to hold terror suspects in the UK for 90 days without charge.