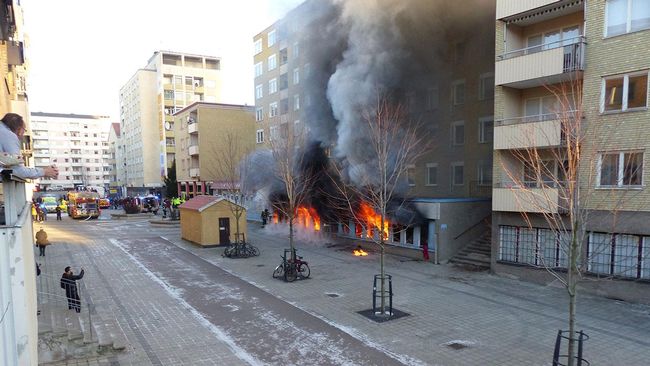 An arsonist set fire to a mosque in central Sweden on Thursday injuring five people, police said, as the country grapples with a political crisis caused by the rise of the extreme right.

“Somebody threw an object through a closed window and afterwards a fire started inside,” police spokesman Lars Franzell told AFP. “There were between 15 and 20 people in the premises.”

Refugee-friendly Sweden woke up to the reality of a new political landscape in early December when the anti-immigration Sweden Democrats brought down the government by refusing to back its budget proposal in parliament.

The mosque is located on the ground floor of a building in the city of Eskilstuna, some 90 kilometres (55 miles) west of Stockholm. According to police, the fire started in the early afternoon. Police said they were investigating the incident as a case of aggravated arson but had no suspects yet.

The five injured were taken to hospital to be treated for injuries including smoke inhalation, lacerations and fractures.

“There has been an intensification of hatred against Muslims,” Sweden’s Islamic Association head Omar Mustafa told public radio SR on Thursday.

In January unknown perpetrators daubed black swastikas on the front door of a Stockholm mosque and in December last year neo-Nazis attacked a peaceful anti-racist protest in a Stockholm suburb, causing three people to be hospitalised.

Update 2:  Expressen reports that a second mosque in Eskilstuna was attacked overnight, although with less devastating results. A window was smashed and two cars parked outside were vandalised. 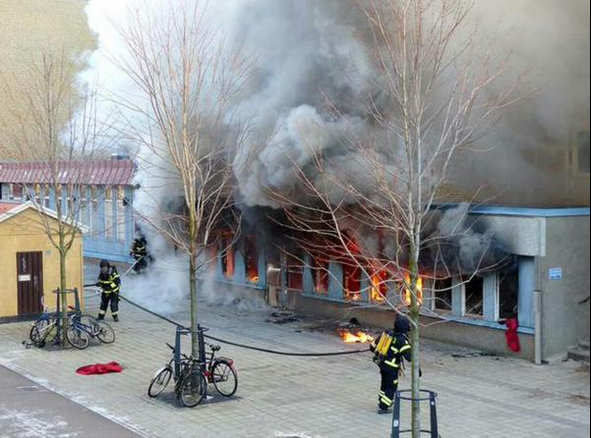 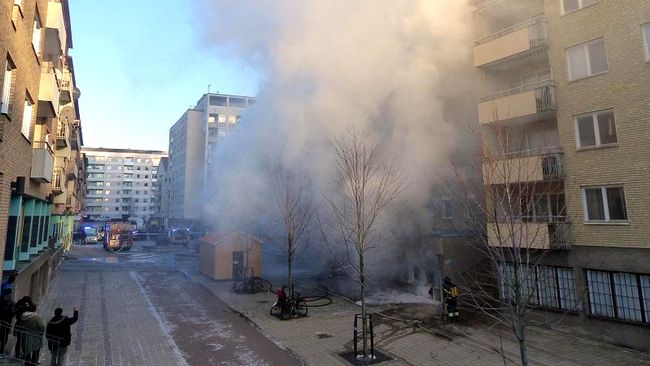 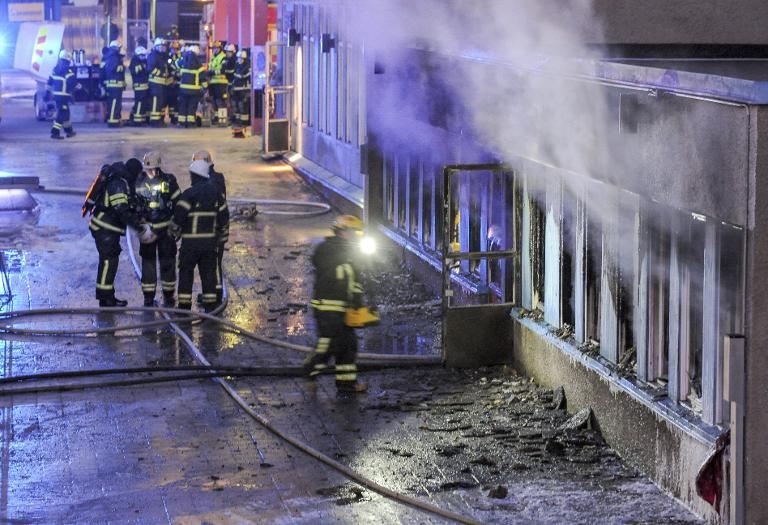