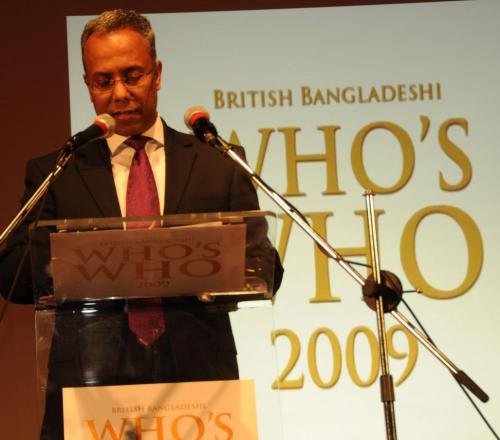 London Assembly member Andrew Boff may be a member of the Tory Party but his stand against the anti-Muslim hysteria whipped up against the East London Mosque has been exemplary – unlike some prominent Labour politicians we could mention.

Dave Hill’s London Blog has just posted Boff’s assessment of the controversy arising from Andrew Gilligan’s witch-hunt of the ELM and Islamic Forum Europe, which has resulted in the Labour Party NEC’s disgraceful decision to remove Lutfur Rahman, the democratically elected Labour candidate for the Tower Hamlets mayoral election, and replace him with Helal Abbas. We take the liberty of reproducing Andrew Boff’s comments here:

There are all different sorts of mosques, they all have their different views and they are all entitled to be involved in politics if they want. If they decide to keep themselves to themselves they’re accused of being insular, remote and frightening. If they engage with the wider community and try to become part of the dialogue they are accused of having sinister motives. They can’t win.

There are too many bloggers and others out there saying that the IFE’s involvement is all some sort of subversive plot. Some of these bloggers are supposed be centre-left, but they always come over with that sort of extreme shoutiness of the Daily Mail.

All this is just a distraction from the real story, which is that the fuss about Lutfur Rahman is really just the old Labour politics as usual – all the old arguments between grassroots and the unions, the leadership and the rank and file. The only difference is that in this case there are Bengali Muslims involved, and wouldn’t it be appalling if they weren’t? Wouldn’t it be appalling if all the decisions in Tower Hamlets were taken by white, middle-class people? The Conservative Party in Tower Hamlets has a very substantial Bengali membership and we’re very proud of that. We look like the place we represent. In Hackney it’s the Orthodox Jews who are accused of entryism, but we’ve got lots of black members too and no one accuses them of entryism.

People of faith have much to contribute and they shouldn’t be locked out. If you look at the East London Mosque, they’ve done fantastic work towards fostering a multi-faith dialogue in the borough. It’s an absolutely fantastic institution and we shouldn’t be turning our back. It seems we’re all in favour of multiculturalism as long as “they” all think the same way as “us”.

The thing about Lutfur Rahman, as far as I can see, is that he’s proved to be a very good Labour machine politician. Often people who live in boroughs that are always run by Labour aren’t very impressed by how they do things, but there’s this powerful party machine that gets the vote out at elections. He’s just got that machine working for him. As I understand it the allegations made against him aren’t going to be investigated [by the NEC]. For the Labour Party to allow itself to be portrayed as the victim of a Muslim plot in order to obscure the truth that it is fundamentally dysfunctional, could damage community relations in Tower Hamlets for many years to come.

It is not only community relations that will be damaged but also the Labour Party itself. It would be difficult to have come up with a more stupid, unprincipled and counterproductive decision than that taken by the Labour NEC in de-selecting Lutfur Rahman, through which they have demonstrated complete contempt for the democratic rights of Labour Party members and voters in Tower Hamlets.

Lutfur Rahman is now standing as an independent candidate. This member of the Islamophobia Watch collective holds a Labour Party card and therefore cannot advocate a vote for him. However, voters in Tower Hamlets may well conclude that the best way to demonstrate their feelings about the Labour NEC’s appalling capitulation to a Gilligan-inspired witch-hunt will be to elect Lutfur mayor of Tower Hamlets with a ringing majority on 21 October.