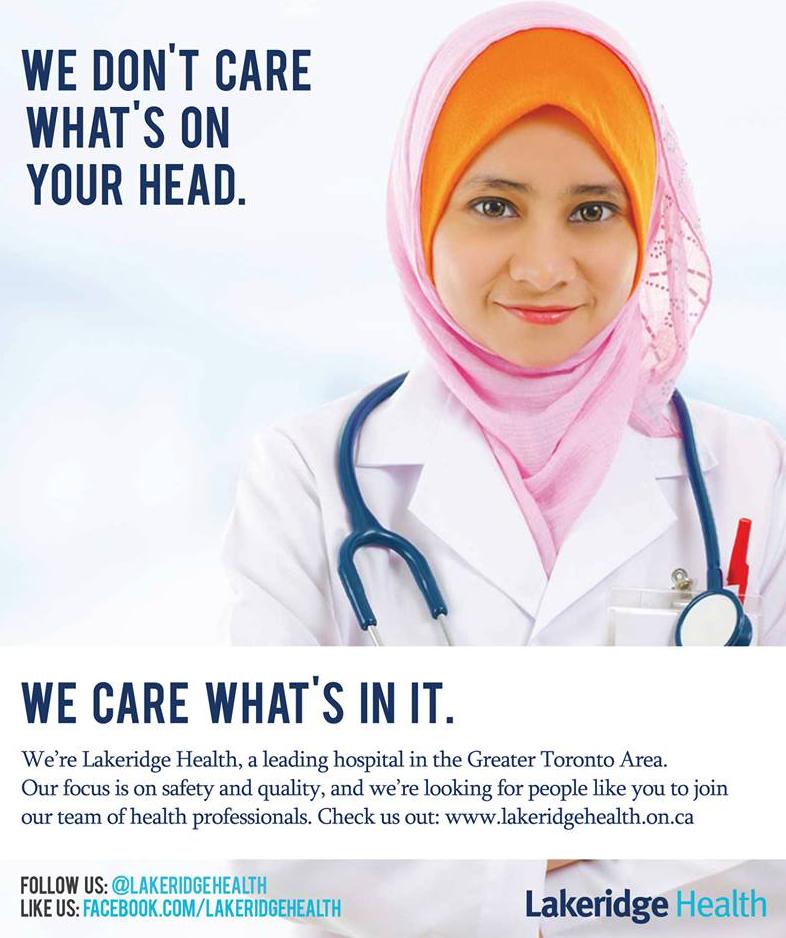 An Ontario hospital is trying to lure Quebec-trained health care workers by tapping into the controversy surrounding Quebec’s values charter.

Lakeridge Health is planning to run the ad, which features a woman wearing a headscarf, in a McGill University student newspaper. The ad says: “We don’t care what’s on your head. We care what’s in it.”

“We thought, given the controversy that’s going on in Quebec … maybe this would be an opportunity to create some awareness of what Lakeridge Health is,” said Kevin Empey, chief executive of the Oshawa-based hospital.

Empey said the hospital is in need of qualified medical staff and they chose to target the ad at McGill students because they have a strong medical program.

“Our hospital workforce and doctors are slowly becoming more diverse so we partly mean it as a signal of we’re open and we’re willing and there’s no issue in Durham Region, in Lakeridge,” he said.