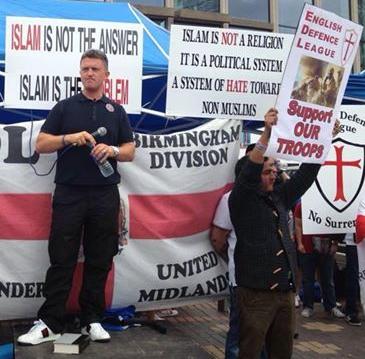 The science teacher of a teenager accused of planning a repeat of the Columbine massacre told a court the boy asked him which gun he would prefer to be shot with. The 17-year-old, who can not be named for legal reasons, also asked for advice from the chemistry teacher about making explosives and told him he wanted to “blow up a mosque,” the Old Bailey heard.

The teacher, who can not be named, told the jury his former pupil looked at firearms on the internet while at school and referred to weapons used in the Columbine high school shootings in Colorado, in which 13 innocent people were killed. “He was encouraging me to look at the guns and make some sort of judgment about whether it was a good gun,” the teacher said. “He asked me which gun I would prefer to be shot with. The message – which I took as an empty threat at the time – was he was considering a shooting.”

The teacher told the court that the student would launch “tirades” against particular religions, aiming his abuse mainly at the Muslim and Jewish faiths, as well as targeting a pupil with German grandparents. “There were many instances of defiance and instances of racial abuse,” he said. “Instances of racism, tirades – long, drawn out – which were frankly painful to listen to. He seemed to believe that people of the Muslim religion did not have a place in this country.”

The teacher added: “He was aware I’m a chemistry teacher. He also liked to ask about explosives which I did not get involved with because I do not want to be the one to teach someone how to commit an atrocity.”

The English Defence League supporter had reams of clippings about notorious atrocities across the world, including on the Northumbria gunman Raoul Moat. Among his stash of homemade Molotov cocktails by his bed, the teenager had an article titled: “Oslo monster: I am not mad” about Breivik and his 2011 killing spree which left 69 dead.

The boy, now 17, is accused of stockpiling weapons, explosives, and a crossbow in preparation for a planned a killing spree in April next year. He had a large Nazi Swastika flag hung on the wall in his bedroom, alongside a poster of Heath Ledger as the Joker, and also had a custom-made knife with a Swastika on the handle.

Prosecutor Max Hill QC showed jurors a selection of newspaper clipping found, including a report of a 16-year-old boy who planned a killing spree. “You can see the level of interest in atrocities, both domestic and foreign’, he said. “There is gunman kills 17 in church outrage, gunman kills dad, lad, 16, in massacre of kids plot – the list goes on. You might find that quite chilling in the context of this case.”

The teenager is standing trial accused of plotting a terrorist attack on his former school and college, as well as targets including Loughborough University, council officers, and even a local cinema.

Jurors have seen Facebook chats with his two pals, in which he is accused of revealing his reasons for wanting to attack his former school in Loughborough, Leicestershire. “The purpose of my op is revenge to take out as many scumbags as possible”, he wrote. “It needs to be done right. Won’t you have satisfaction when you hear the op has happened, knowing that you help wipe some scum off the earth?”

Mr Hill told the court: “We suggest this material, from the very mouths or keyboards of these young men themselves, gives him away. Young he may be, sometimes less than entirely coherent; but there are aspects of these Facebook chats which cannot be explained away as schoolyard banter.”

The boy, who cannot be named because of his age, is also accused of having the Mujahideen Poisons Handbook for preparation of terrorism, and possessing offensive weapons. He kept a notebook, emblazoned with the image of Cuban revolutionary Che Guevara, which contained his alleged terrorist plans and was covered in Nazi symbols and EDL slogans. Also among his Facebook conversations, he wrote: “I think I want to do it next April.”

The jury have already been shown amateur videos showing the teenager and his two friends, also unnamed, testing petrol bombs made out of wine bottles, white spirit and lighter spirit, and socks or rags as the fuse. He is shown telling the camera: “We are the United Revolutionary Army making Molotovs” where they tested the bombs, behind a leisure centre in Loughborough.

Mr Hill said the defendant said on Facebook he was going shopping in B&Q for parts for an improvised pipe bomb, and discussed stealing ping pong balls from school to convert into smoke grenades.

In one of the videos shown to jurors today, the teenager celebrates a successful petrol bomb test by saying: “Yeah baby, this is the URA and we have just done a petrol bomb. Yes you b******s, have that Muslims.” In another clip, he is seen spraying “No More Mosques” on a wall alongside “URA”, commenting: “URA or EDL, either one”.

In another, made on March 25 last year, the boy is with an accomplice brandishing the crossbow and appears to ape the Chris Morris terrorist satire Four Lions.

Mr Hill told jurors: “You will decide whether these young men are a laughing stock, a bunch of adolescent incompetents, or whether despite whatever obvious failings, they are aspiring to something more.”

He said scientific analysis of the parts for nine alleged bombs found in in the teenager’s bedroom match the plans hatched through Facebook. He added the analysis showed they were viable bombs capable of causing serious damage.

The teenager, who has Asperger’s Syndrome, denies possessing an article for a purpose connected with terrorism, possessing a document likely to be useful to a person committing or preparing an act of terrorism, and possessing parts for an improvised explosive. He has pleaded guilty to possessing an offensive weapon.

The would-be terrorist bragged to a fellow school pupil about making homemade bombs and claimed to be in contact with EDL leader Tommy Robinson, the court heard.

The 16-year-old made the claims while daubing EDL, BNP, and IRA on his school notebooks during remedial maths classes, it is said. He said he planned to join EDL marches, and boasted of making bombs out of household bleach after watching Chris Morris satire Four Lions, the court heard.

A fellow school pupil said they had been friends initially, but they fell out when the defendant made a string of racist remarks. He said their disagreements escalated until the defendant twice threatened to break his legs and then punched him in the face. “He always kept saying what have your family done for this country, my family fought for it during the war”, said the 17-year-old witness, who cannot be named.

“He said I support the BNP, I support EDL, they stand up for the English people. He said I’ve made contact with the leader of the EDL, and I’m going to start joining them on their marches.”

The pupil said eventually he decided to request a move away from the defendant in class because of his racist views, including that the IRA are “doing a good job”.

“In his exercise books, he was drawing EDL, IRA, and BNP”, he said. “I started thinking he is distracting me from my work, so I spoke to my teacher and he said yeah, you can move over there. As soon as that happened, he came over to me and said ‘why are you being a skank? Why are you moving away?'”

He added: “It’s not right, he’s got something wrong with him, and I couldn’t see why he is against coloured people.”

The defendant had boasted about his arsenal of petrol bombs, air rifles, and BB guns to his friend, including offering to sell him a gun, it is said. The teenager is also accused of bragging about already creating petrol bombs at home. “He said have you watched Four Lions”, the boy told the court. “He said have you seen all that bleach they have in the garage, I know how to make bombs with that. He said I’ve already got ready-made petrol bombs in the house.”

The witness said: “We all used to talk about the film, so I didn’t know if he was taking the mick out of the film of was being deadly serious.” He added he was “not surprised” when he heard of the defendant’s arrest on terror offences, saying: “He was the kind of person who may end up doing something like that.”

The boy said he was attacked by the defendant at the end of June last year in the school changing rooms after they had fallen out. Earlier in the same lesson, the defendant is accused of saying: “My family fought more Germans than you have had curries.”

The court heard he was suspended for two days for attacking the boy, and was in trouble again when he smashed a display cabinet after another pupil said British troops were not fighting for this country. “As soon as she said that, he has got really angry”, he said. “He pushed his books on the floor, knocked over a chair and slammed the door on his way out. The next thing, there’s a massive bang and everyone ran out because we thought he had hit the teacher. He has hit the display cabinet and it shattered.”

The teenage defendant would wear a long black trench coat around Loughborough with camouflage fatigues and adorn his clothes with army badges, the court heard. The witness said he would get irate if anyone touched any of his badges.