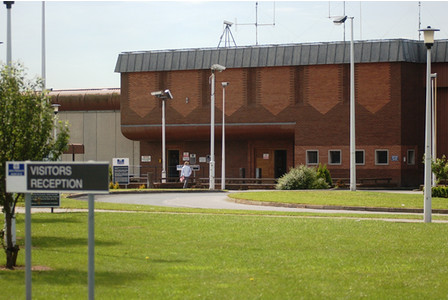 That’s the headline to an article in yesterday’s Yorkshire Post. It is based on a report by the Chief Inspector of Prisons, Nick Hardwick, of an inspection carried out in December at HMP Full Sutton in Yorkshire.

The report found: “Black and minority ethnic and Muslim prisoners reported much more negatively about their treatment and conditions across a range of indicators than white and non-Muslim prisoners.”

Specifically: “In our survey, Muslim respondents were less positive than non-Muslims. Fewer (58% against 80%) said that most staff treated them with respect, more (37% against 18%) said they currently felt unsafe, and far more (44% against 17%) said that they had felt threatened or intimidated by staff.”

Given the prison’s past record of racism on the part of its staff, you might think that the main thrust of the Yorkshire Post article would be to question whether these problems have been overcome.

Instead we are told there are “fears of Muslim tensions” – and, further, that concerns have been raised that “perceived injustices among prisoners could lead to them embracing extremism on their release and heighten the risk of terrorist attacks”, although the Hardwick report itself makes no mention of any such concerns.

So, rather than highlight the continuing issue of discrimination against minority inmates at Full Sutton, the Post prefers to tie the report to a narrative of Muslims as potential extremists and terrorists. Which produces responses like this.