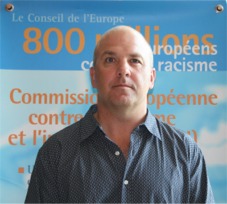 The PVV was so determined to block the appointment of Dutch Labour MP Frans Timmermans as human rights commissioner for the Council of Europe that it inadvertently helped Latvia’s Nils Muiznieks get the post.

Mr Timmermans is a vociferous opponent of the PVV, but Mr Muiznieks is also no friend to the anti-Islam party. He has gone on record fiercely criticising the PVV for being Islamophobic and using racist and xenophobic language.

Peter van Dijk, the PVV’s representative on the Council of Europe, says he was not acquainted with Mr Muiznieks’ position until after the vote had been taken. He was unwilling when interviewed on Dutch television to admit whom he did vote for, but would only say he didn’t vote for Mr Timmermans.