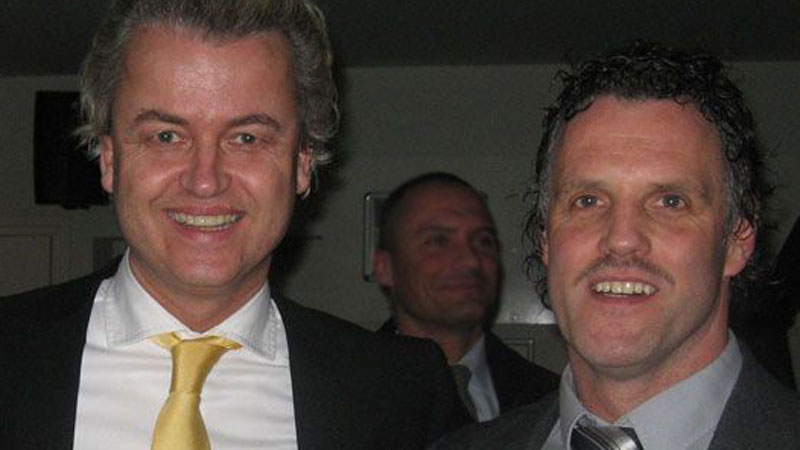 The anti-Islam PVV in Limburg has sacked one of its provincial councillors for describing a Labour party colleague as “a piece of sicked-up halal meat made from a Turkish pig”.

The comment was made a year ago by PVV number two Cor Bosman [pictured, with PVV leader Geert Wilders] in an email to 20 supporters after Labour councillor Selçuk Öztürk gave an interview to a local magazine.

The decision to sack Bosman was taken at an emergency meeting on Friday morning after news of the email leaked to the local press. “We sincerely regret Bosman’s upsetting comments,” the party said after the meeting in a statement.

According to Limburg media reports, the incident led to the resignation of another PVV councillor last summer. He was angry the local party had not taken action against Bosman, and that local leader Laurence Stassens continued to back him.

In other words, the PVV has no problems with its elected representatives making disgusting racist comments – as long as these comments aren’t made public.