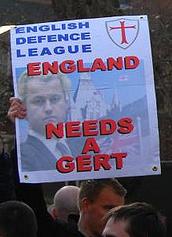 In an interview with Dutch news channel NU.nl, Freedom Party leader Geert Wilders says that his party’s ideas are striking a chord with increasing numbers of people across Europe. Mr Wilders spoke of an unstoppable “anti-Islam” wave. “We are having our own little revolution down here”, he said.

The politician believes that some of the measures he wants to take in collaboration with the ruling coalition will eventually be introduced across Europe. Some critics of the current cabinet’s policies say many of its intended measures are in violation of European legislation. However, Mr Wilders argues that many people in other European countries support these measures as well.

A party similar to the Freedom Party (PVV) has since been created in Germany: Die Freiheit (Freedom), led by Rene Stadtkewitz. And Mr Wilders said there were also possibilities to create such a party in the United Kingdom. It would fill the gap between the allegedly racist British National Party and the conservatives.

“The time that the CDU (German Christian democrats) and the CDA (Dutch Christian democrats) could ignore problems is definitively over. It is not a temporary comet or something like that. The genie is out of the bottle and it will never be put back in again. Never again.” He said the fear for new PVV-like parties would ensure that many of the cabinet’s anti-immigration policies found widespread support across Europe.