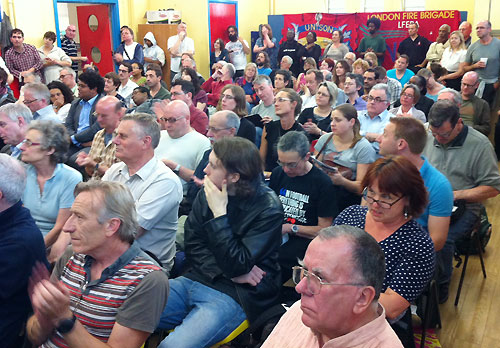 Waltham Forest has sent a message of defiance to the racist English Defence League (EDL), which plans to march in the east London borough next month.

Over 120 people packed into a We Are Waltham Forest public meeting on Tuesday evening. They pledged to build the biggest possible counter demonstration and to prevent the EDL from taking to the streets.

Speakers included local MP Stella Creasy, Weyman Bennett from Unite Against Fascism, and author Owen Jones. They talked about how the EDL targets areas with Muslim populations and uses its demos to spread hatred and fear.

The EDL has already flinched at the size of opposition to them in Waltham Forest, postponing its march from 18 August to 1 September.

Speakers from the audience celebrated multicultural London and described the way these traditions had been forged in struggle. All agreed that the EDL should be stopped – and that a massive counter protest was crucial.