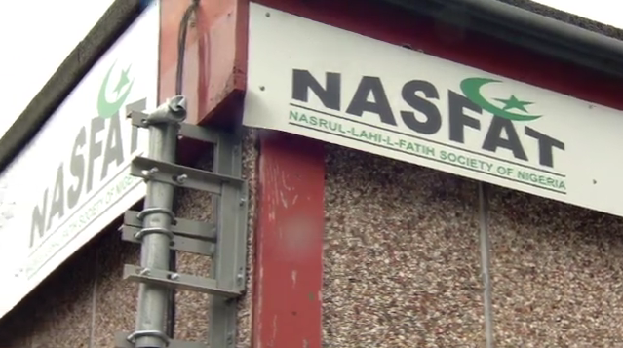 Visitors to a Manchester mosque targeted by arsonists say they are “living in fear.”

Two CCTV cameras were stolen from outside the NAFSAT Islamic Centre in Newton Heath at around 11:30pm last night. Just two hours later, shortly before 1:30am this morning, a minibus the centre uses to ferry young and elderly visitors to the mosque, was torched.

Police believe the culprits took the cameras in a bid to avoid detection. They are investigating whether the attack behind the building on the corner of Droylsden Road and Regent Street, was a hate crime.

The vehicle, which the centre bought two months ago for £6,000, has been left gutted by the blaze and is currently being analysed by forensic teams. Bosses at the centre say it is just the latest in a string of incidents since they moved into the former Methodist Church in April last year.

More than 300 people from across Greater Manchester, mainly of Nigerian descent, are said to use the centre, which houses educational facilities alongside a mosque. They claim they have had anti-Islamic graffiti daubed on the building, and had pigs’ heads thrown inside it, in more than a dozen separate incidents.

And Abiola Ojo, 44, Chairman of the Centre said: “We don’t know why they are doing this. We are peaceful people. Since we have been here we have done nothing to harm the community. But whenever there are issues involving Islam in the world, something happens.

“We needed this bus as now some people won’t be able to make prayer meetings. But there is also the psychological effect on our members, they are now living in fear. They don’t want to come to a building where they think they might be in danger.”

He added: “We just don’t feel accepted. When we opened we gave out leaflets and explained to people what our mission was. We are open to everyone, Christians included. We are part of the community just like everybody else. People just need to get used to the fact we are here.”

Any witnesses, or those who might have information, are asked to call police on 101 or Crimestoppers, anonymously, 0800 555 111.