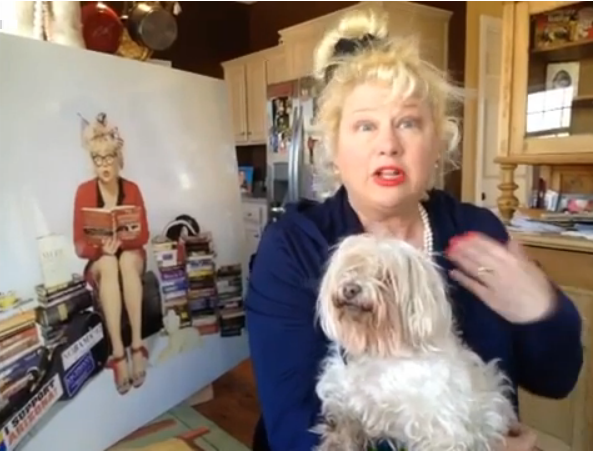 When a Muslim, Daoud Abudiab, moved in near Victoria Jackson’s suburban neighborhood, she responded with a post on her website titled, “Civilization Jihad, Hits Home (my back yard, literally).”

It’s one of several anti-Islamic entries on the former “Saturday Night Live” star’s site. Abudiab said, “She has friends who support her in making Williamson County a scary place to live for some of us.”

Jackson, for her part, feels right at home here – maybe more than she did in the New York limelight. She has applied her familiar high-pitched voice to a combative brand of politics, which she hopes will take her to a seat on the County Commission this summer. “He’s afraid of me?!” she wrote in her Web article, which included statistics claiming large numbers of terror attacks committed in the name of Islam and none by other religions. “According to these statistics, I should be afraid of him!”

Jackson, 54, says she’s fighting what she sees as “a spiritual battle over the soul of America,” and in doing so has joined protests against building a mosque in Murfreesboro and against a public discussion hosted by the American Muslim Advisory Council.

Abudiab is director of the Islamic Center of Columbia, which in February 2008 was tagged with swastikas and “white power” and burned to the ground by white supremacists, two of whom were associated with the Christian Identity Movement. Abudiab moved to Williamson County for the schools and “a safe environment” for his son, who had been bullied by his Maury County classmates because of his religion. “I would love to issue her an invitation to come to our home and have dinner and then she could judge for herself if we are scary people or not,” Abudiab said.