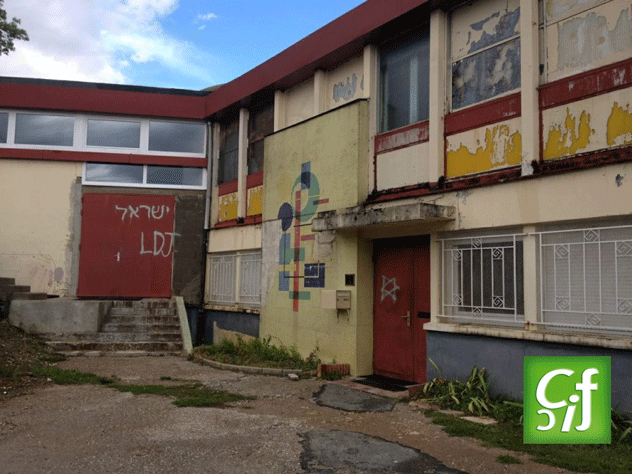 The Collectif contre l’Islamophobie en France reports a graffiti attack on a mosque at Vandoeuvre in north-eastern France. The word “Israel” in Hebrew has been sprayed onto the doors along with a Star of David and “LDJ” – the initials of the Ligue de défense juive (Jewish Defence League), the extreme right-wing Kahanist movement whose UK section is headed by former EDL Jewish Division leader Roberta Moore. No doubt this act of desecration would meet with her enthusiastic approval.