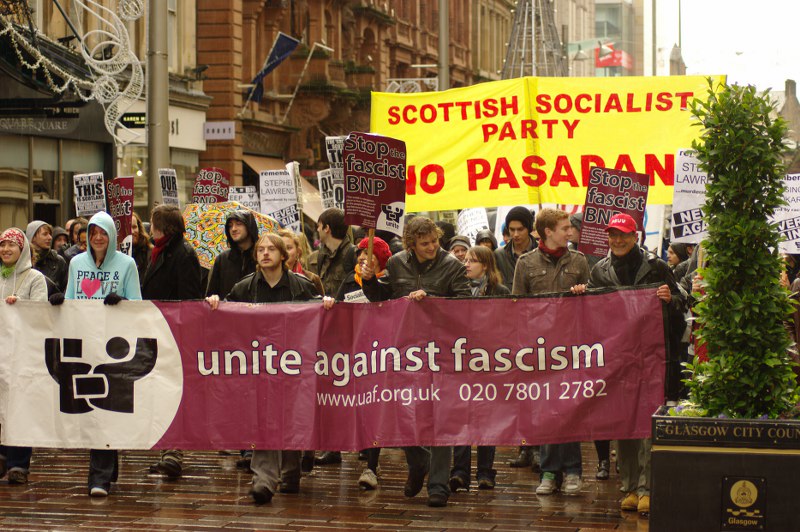 Around 300 people rallied in Glasgow’s George Square last Saturday to unite against Islamophobia and protest at the wave of racist attacks on Muslims since Jack Straw’s comments about the veil earlier this month.

Glasgow Stop the War Coalition and the Muslim Association of Britain organised the protest at short notice following a brutal assault on an imam at a Glasgow mosque.

It attracted a broad turnout, including many young Muslim women and families. Syma Ismail and her friend Nailah Din are students at Dundee University who had travelled down for the protest. “We’re standing against Islamophobia,” said Nailah. “Jack Straw started this. We’re supposed to have freedom of speech and freedom of expression. If Muslim women want to wear the veil, why shouldn’t they be allowed to?”

Many non-Muslims were also at the rally to show solidarity. “The issue is racism,” said Barrie Levine from Scottish Jews for a Just Peace. “It is important that Muslims and non-Muslims stand shoulder to shoulder against Islamophobia.”