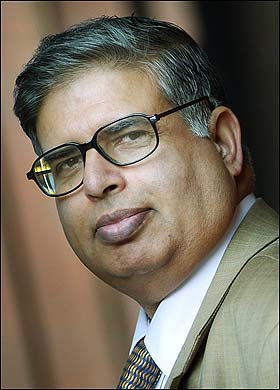 Update:  The Guardian Diary quotes Khurshid Ahmed as saying on behalf of the BMF: “We don’t support the extension. We have never supported it.”

“… our strategy was to campaign against the proposal while at the same time seeking concessions to secure a balance between the need to safeguard the security of the country and provide protection of civil liberties. The package of concessions reinforced by the proposal to compensate for the damage done in loss of opportunity, reputation and the accompanying stigma goes a long way in addressing our concerns. The legal process now proposed renders the use of these powers to very exceptional circumstances only. In these circumstances, by agreeing the package, we are acknowledging the severity of the threat to this country and playing our part in securing the safety of all our citizens.”

In other words, after the government made what it considered to be adequate concessions, the BMF did come down in support of 42 days. As Inayat Bunglawala observes in the Cif comments section: “I have to say that I have not actually come across many British Muslims at all who support the 42 day detention legislation.” So whose views does the BMF actually represent?