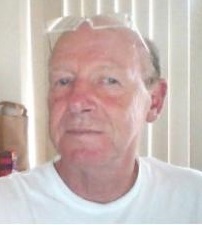 UKIP is investigating after the Manchester Evening News uncovered ‘disgusting’ anti-Islamic and homophobic messages posted online by one of its election candidates.

Harry Perry, who is standing for the party in Offerton, Stockport, has published a torrent of extremist views on his Twitter account in recent months. He also sent a Facebook message to a Liberal Democrat candidate calling homosexuality ‘evil’.

Mr Perry, who is retired and lives in Hazel Grove, last stood for the party in the same seat in 2012, when he got 349 votes.

On his Twitter account, @harryperry15, he calls for Pakistan to be ‘nuked’, dubs David Cameron a ‘gay-loving nutcase’, Muslims ‘devil’s kids’ and homosexuality an ‘abomination before god’. Last June he also described multiculturalism as ‘evil’, earlier tweeting at the EDL leader Tommy Robinson to ask why he didn’t have a political party he could join.

He welcomed Godfrey Bloom’s controversial remarks on ‘bongo-bongo land’, replying ‘well said’ – and tweeted that Asian areas of the north west were now ‘third world countries’ thanks to immigration.

The revelations came as an embarrassment to his party as it launched its north west European election campaign in Manchester on Thursday.

Yesterday UKIP deputy leader Paul Nuttall blamed a national ‘witch hunt’ for seeking out bigots within his party – claiming many candidates of other creeds had views as bad or worse. He insisted his party is weeding out extremists via a strict vetting process.

But Mr Perry seems to have slipped through the net, as it emerged he had messaged Hazel Grove Liberal Democrat parliamentary candidate Lisa Smart on Facebook to say: “You three parties intend to change our culture as fast as possible without permission from the white indigenous population…Don’t you know Lisa that GOD HATES HOMOSEXUALITY.”

Ms Smart, who said the remarks were ‘completely unsolicited’, said: “I’m disgusted by these messages. It’s dangerous and divisive and I believe in building a strong community for Stockport and that’s not what he wants. People should know what they are voting for on May 22.”

Launching Labour’s European election campaign shadow energy minister Caroline Flint said the party seemed to attract ‘more than its fair share’ of racists, homophobes and sexists. “Nigel Farage can say ‘I’m dealing with this’,” she said. “The truth is their propaganda – their scaremongering – is a magnet for these sort of people and it’s not just his members, it’s his candidates.”

Mr Perry could not be contacted for comment but Mr Nuttall said: “The matter has been passed to the party chairman and it will be investigated in due course.”