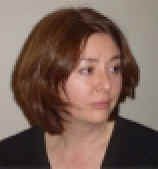 This week’s Tribune features an article by Maryam Namazie of the Worker Communist Party of Iran attacking “political Islam” – and indeed Islam of any sort. Namazie pours scorn on what she calls “the futile and ongoing support for a ‘moderate’ Islam”. Now, that’s exactly the sort of responsible message a progressive labour movement publication should be putting out in the present circumstances, isn’t it?

I particularly liked the quote from the WPI’s glorious founder-leader Mansoor Hekmat (now deceased) which concludes Namazie’s article. This urges us to recognise that “Islam and religion do not have a progressive, supportable faction”. According that logic, the left should be demanding the expulsion of Bruce Kent from CND.

The article is in fact based on a speech given by Namazie to a conference in Paris on earlier this month (see here). Predictably, that speech was greeted enthusiastically by Robert Spencer at Jihad Watch – although he found it a tad extreme (“I disagree with the recommendations about driving religion out of society”!).