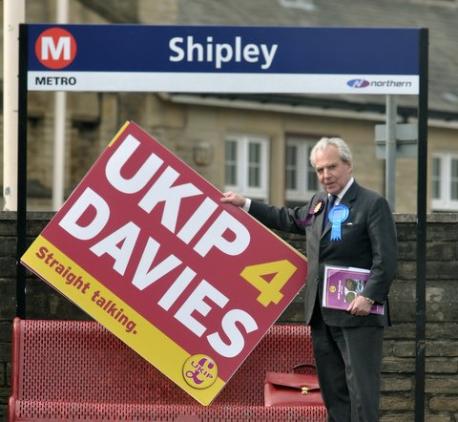 Shipley MP Philip Davies has blamed “the politically correct brigade” for halal meat being sold to unwitting customers across the country.

Two years ago the Conservative MP called for all halal and kosher meat to be labelled, but his motion in Parliament was defeated by three votes, “voted down largely by the politically correct brigade”.

Now it has been revealed that many supermarkets, restaurants and fast food chains were not labelling meat to signify it had been ritually slaughtered.

Mr Davies has now tabled an amendment to the Consumer Rights Bill to ensure the compulsory labelling of kosher and halal meat.

It’s hardly surprising that right-wing Tory MPs are so keen to embrace another anti-Muslim cause. They have form on this issue. But you’ll note that Jim Fitzpatrick, Labour MP for Poplar & Limehouse, a constituency with the second largest Muslim population in the UK (33.6%), is one of the signatories to Davies’ amendment. Fitzpatrick’s constituents might like to take this up with him.

(Photo: The then leader of the UK Independence Party, Lord Pearson, campaigning for Philip Davies in the 2010 general election. Davies welcomed UKIP’s support.)