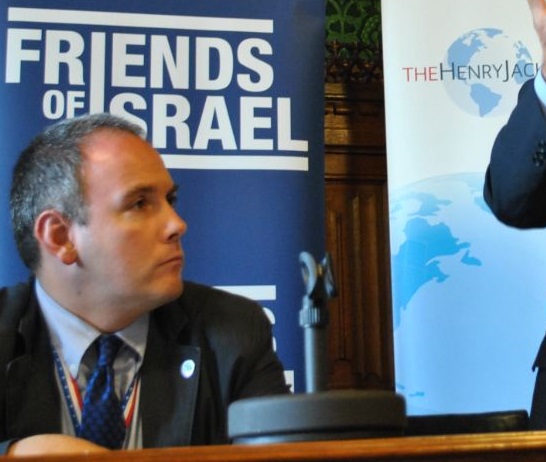 Gerard Batten, the senior Ukip politician who called for Muslims to sign a code of conduct, has been accused of taking an “unbelievably sinister” position that is comparable to asking members of the faith to wear a yellow star.

Robert Halfon, a Conservative MP, called on the Ukip leader, Nigel Farage, to sack Batten for his comments, after it emerged the Ukip MEP had helped write a “charter of Muslim understanding”. The document calls on Muslims to sign a declaration rejecting violence and accepting the need to modify the Qur’an.

Halfon, who is Jewish and has spoken out repeatedly against Islamic extremism, told the Guardian he considered Batten’s views “unbelievably sinister” and “frightening”. He tweeted: “Big difference btwn lawful Muslims & extreme Islamists. UKIP MEP Batten’s statement a 1st step to wearing a Yellow Star.”

Quite frankly, Halfon has a nerve to accuse anyone of obscuring the “big difference between lawful Muslims and extreme Islamists”. There are a number of Muslim organisations who would probably consider Halfon’s activities in this regard as no less “sinister” and “frightening” than Batten’s.

Halfon is a prominent supporter of the neocon-Zionist Henry Jackson Society, whose record of demonising the British Muslim community is notorious. This is an organisation which boasts Douglas Murray as an Associate Director, Robin Shepherd as its Director of International Affairs and Raheem Kassam as an Associate Fellow. It was the HJS front organisation Student Rights who inspired the recent hysterical campaign against so-called “gender segregation” by university Islamic Societies. Yet this hasn’t prevented Halfon from remaining a member of the HJS Political Council.

He also played a central role in the disgraceful campaign to remove the prominent Muslim organisation ENGAGE from its position as the secretariat to the All-Party Parliamentary Group on Islamophobia. Speaking under the protection of parliamentary privilege, Halfon falsely accused ENGAGE of having “extensive links with terrorism in Tunisia and the middle east”.

Halfon is the man who in 2011 proposed an Early Day Motion hailing the Quilliam Foundation as “a beacon for rational and moderate debate” and called on the government to “continue its financial support for Quilliam so that its vital work can continue”. Yes, that’s the same Quilliam who the previous year sent the Office for Security and Counter-Terrorism a secret list of alleged extremists which, to quote the headline to the Guardian report, “aligns peaceful Muslim groups with terrorist ideology”.

So you don’t have to be the world’s biggest sceptic to wonder whether Halfon’s condemnation of Batten is motivated less by a commitment to defending mainstream Muslims against Islamophobic smears than by an desire to discredit a rival right-wing party that is in political competition with the Tories.