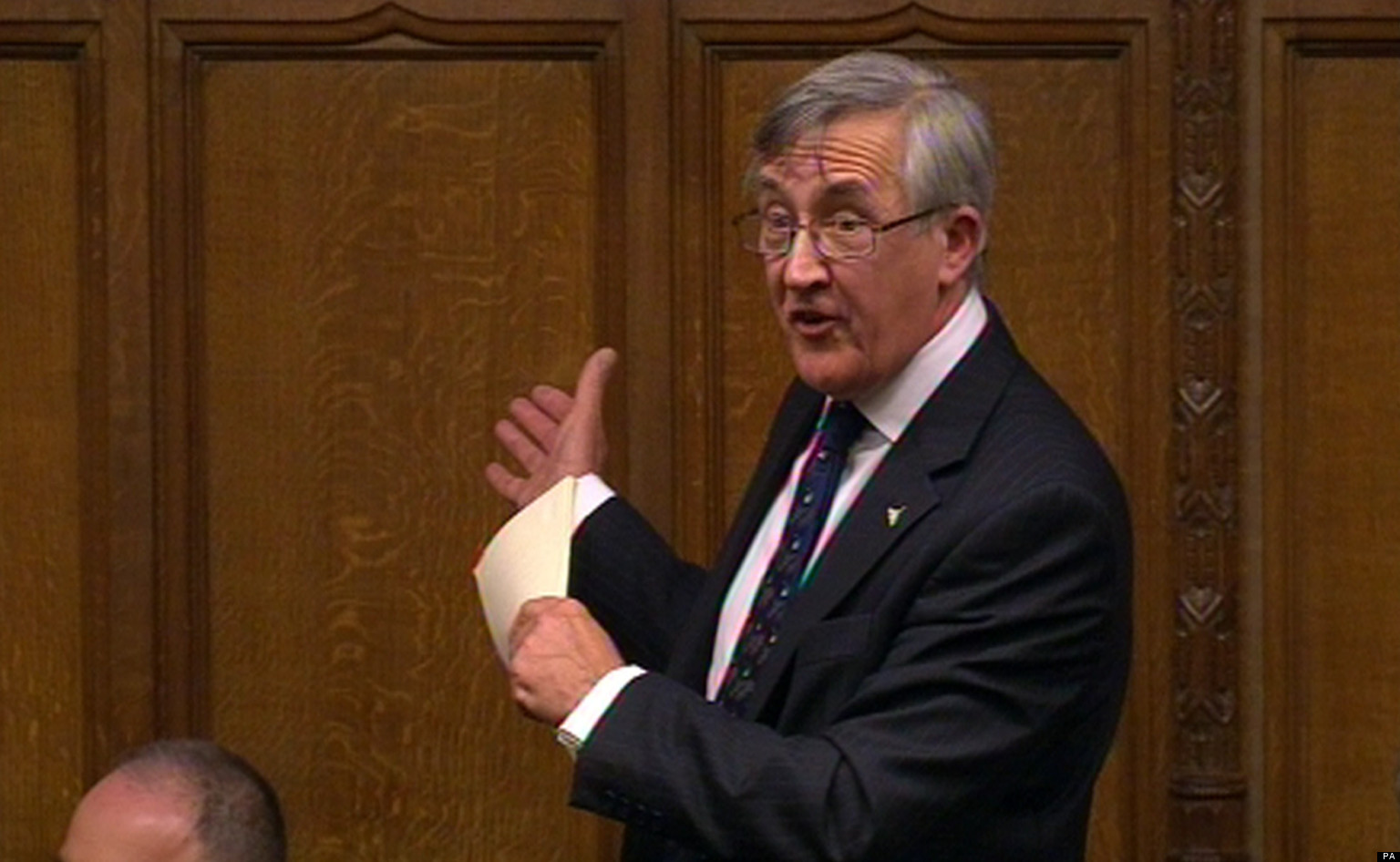 “Want to wear the niqab? Prefer not to shake hands with the opposite sex? Then get out of our ‘tolerant’ Christian country”

A Tory MP has threatened to pour petrol on the glowing embers of the Birmingham schools ‘Trojan Horse’ row – by invoking Enoch ‘Rivers of Blood’ Powell. In a letter to a constituent seen by Scrapbook, Sir Gerald Howarth – the chairman of Thatcherite group Conservative Way Forward – writes:

“Clearly, the arrival of so many people of non-Christian faith has presented a challenge, as so many of us, including the late Enoch Powell, warned decades ago. Recent events have illustrated that some of these new arrivals have a very different ethos from traditional Christian schools and we are right to intervene to prevent them from teaching divisive ideology to children born here.”

The Aldershot MP (who was a parliamentary colleague of Powell’s and represented a seat in Enoch’s former West Midlands stomping grounds until 1992) is on holiday but a staffer told Scrapbook that he “stands by every word” of his message.

Howarth has form. As a student in Southampton, Howarth was apparently party to hosting Powell on campus in the wake of his notorious 1968 race speech. Praise for Powell as “fantastic” features amongst his numerous references to him in parliament.

Speaking in the House of Commons in June this year, in the debate on the Queen’s Speech, Howarth asserted that the notorious Ofsted report into Birmingham schools had

“revealed the extent to which people newly arrived here not only reject our values and customs, but want to impose their own on the rest of us. I have a very clear message for them: this is a Christian country, a tolerant [sic] country, we speak English, we shake hands with ladies, and open facial recognition is a key part of our culture. If they find that offensive, they should please feel free to leave and move to a country that is more to their liking – for there are plenty of repressive regimes around the world that clearly are more to the liking of people like that.”

So, according to Howarth, Muslims who prefer to speak a language other than English, or whose interpretation of their faith involves not shaking hands with the opposite sex, or wearing the niqab, have no place in a “Christian country”. Howarth made this statement in the course of a tirade against immigration that showed the clear influence of Enoch Powell:

“For 50 years, those of us who have expressed concern about the impact of mass immigration on our country have been reviled and denounced as racist. All argument was effectively closed down, as perfectly decent people expressing perfectly reasonable fears were intimidated into remaining publicly silent.

“Things have now changed, however. People feel that at last they can break free from the shackles of political correctness in which they have been chained. It is no longer racist to want to preserve our British way of life, our religion and our culture; it is not racist to express pride in our nation’s history and, indeed, in our imperial past.”