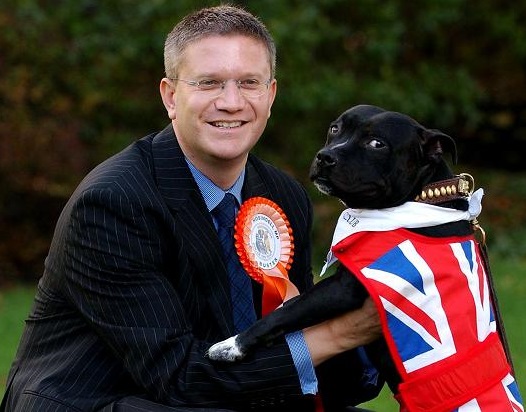 An MP and animal welfare campaigner yesterday supported the leader of Britain’s vets by demanding an end to the religious slaughter of animals. Andrew Rosindell, secretary of Parliament’s animal welfare group, demanded that Muslims and Jews stop killing more than half a million creatures a week by cutting their throats in accordance with holy texts.

“If you asked the average British citizen whether they agreed with this, they would say ‘No’. An animal has to be killed for food, but it needs to be done in a humane way,” Mr Rosindell said. “Why should we allow that kind of thing to go on in this country when it goes against everything that we really stand for as a people?”

He spoke out after John Blackwell, president-elect of the British Veterinary Association (BVA), urged religious leaders to end unstunned slaughter voluntarily or face a ban as in Denmark.

Mr Rosindell is secretary of the Associate Parliamentary Group for Animal Welfare, which is preparing an investigation into religious slaughter. The Tory MP for Romford was notable for dressing Spike, his Staffordshire bull terrier, in a Union Jack waistcoat when campaigning. The dog died on St George’s Day in 2002.

Mr Rosindell condemned religious slaughter: “I’m afraid I don’t agree that such a tradition, that may be prevalent in some countries, should be allowed to be exported here. We have an accepted way of behaving in this country within the laws of these islands. That includes the correct treatment of animals. If people of other religions want to try to alter that, they should have more respect for the traditions of this country.”

And “Religious slaughter back on the agenda”, ENGAGE, 7 March 2014