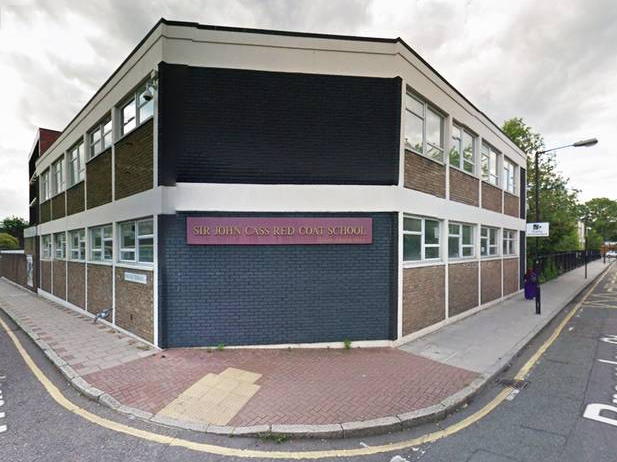 One of the country’s most successful inner-city state schools is to be failed by inspectors for neglecting to safeguard its pupils from extremism in an echo of the Birmingham “Trojan Horse” affair.

Sir John Cass’s Foundation and Red Coat Church of England school in Tower Hamlets, east London, will be placed in special measures by the education standards watchdog Ofsted for failing to monitor the activities of an Islamic society set up by sixth-formers at the school.

In particular, a Facebook site set up by the society contained links to hard-line Islamist preachers – a move which could have made pupils vulnerable to radicalisation. The society also set up its own YouTube channel which was not monitored.

According to Ofsted, that constituted a failure to safeguard the pupils – a breach for which it had to be placed in special measures. It is the first school outside of Birmingham to be failed on such a safeguarding issue.

The school is also criticised for allowing segregation between boys and girls in the playground.

Local education sources have accused Ofsted of over-reacting – saying it was “taking a sledgehammer to crack a nut”.

The report, details of which have been leaked to The Independent, will be published tomorrow – alongside reports on six other independent Muslim schools which are also understood to raise safeguarding issues.

It places a question mark over how schools should police Islamic societies – growing numbers of which are being set up in state schools. Sources believe inspectors will soon be exposing similar issues in schools elsewhere in the country. Islamic societies at some universities have been linked to radicalisation and extremism.

The school’s headteacher, Haydn Evans, who was awarded a CBE in the New Year’s Honours List, is said to have been “shell-shocked” by the decision to place it in special measures. It has featured on the list of the country’s most-improved schools for years and was ranked “outstanding” in its two previous Ofsted reports.

Yesterday Mr Evans was receiving an honorary degree from the University of East London for his achievement in taking the school from being the lowest-performing in the country to “outstanding” status.

Many headteachers in Tower Hamlets are understood to believe that Ofsted’s judgement is harsh. “This is in no way ‘Trojan Horse mark two’,” said one source. “This is very, very, very different to Birmingham. There are no governors wanting to take over the school and introduce hard-line Islamic practices. It has just slipped up in one area.”

Defenders of the school point out that the playgrounds were also segregated at the time of previous Ofsted reports which proclaimed the school “outstanding”.

Sources said concerns over safeguarding would automatically lead to a school being failed in the leadership and management category of an inspection – and thus cause it to be placed in special measures. Despite being a Church of England school, its intake is 80 per cent Bengali Muslim – reflecting the make-up of the community it serves. It only reserves 18 per cent of its places for pupils from a Christian denomination.

No one would officially comment before the report’s publication but Robert McCulloch-Graham, Tower Hamlets’ director of education, said: “What we can say is that where any issues in our maintained schools do occur, we have a strong track record of intervening swiftly and successfully to address them. As is common practice, we will work with the leadership of this school to address any issues identified by Ofsted.”

He added: “We are working closely with Ofsted and the Department for Education after their recent inspections and we will of course act on the findings of the reports.”

Tower Hamlets has won plaudits for raising education standards – most spectacularly for achieving better results in English national curriculum tests for 11-year-olds than Kent – despite the fact that more than half of its pupils have English as a second language.

A complaint against Sir John Cass school was made in the wake of the Birmingham “Trojan Horse” affair where 21 schools were inspected as a results of fears they were being taken over by hard-line Islamists.  As a result, five of the city’s schools were placed in special measures and another told it must improve.  The letter, purporting to contain details of a plot but widely regarded as a fake, listed the kind of activities that had gone on in schools – such as segregating pupils for lessons.