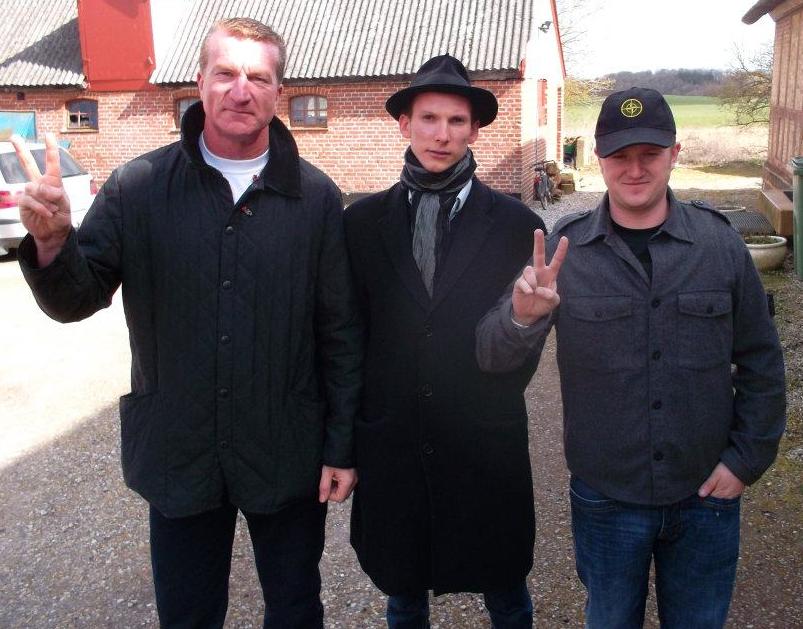 As Pamela Geller never ceases to remind readers of her Atlas Shrugs blog, this Saturday a demonstration carrying the grandiose title of the “First Worldwide Counter-Jihad Action” will be held in Stockholm. A joint initiative by Geller and Robert Spencer of Jihad Watch together with the anti-Muslim thugs of the English Defence League, the demonstration has attracted support from a number of associated organisations, including the Swedish Defence League (who “chose an English name to show our support and gratitude to the EDL”).

The leading figure in the SDL, who has acted as the group’s spokesman, represented it at the EDL’s Aarhus protest in March, and according to the Swedish anti-fascist magazine Expo has been directly involved in organising the Stockholm demonstration, is an individual named Isak Nygren. Although still only a young man, Nygren has already acquired some political notoriety in Sweden.

Back in 2008 Nygren reportedly applied for membership of the neo-Nazi Nordiska förbundet but eventually joined the Sweden Democrats, becoming an SD councillor in Katrineholm. Nygren’s budding career in the party came to an abrupt end last year, however, when Expo published a comment he had posted on a discussion thread at a far-right internet forum that addressed the question “Why is race mixing bad?”. Nygren stated: “I have no problem with whites, that is to say all those of European origin having children between them, but I would find it hard to see the positive side if there is a mixing with blacks, Asians, etc.”

The roots of the SDL are in Swedish fascism but it has followed the trajectory of many organisations on the European extreme right by rebranding itself as a mainstream populist party. To that end the SD has dissociated itself from neo-Nazism and traditional skin-colour-based racism and concentrated on whipping up fear and hatred of “Muslim immigrants” instead. The party leadership took no action in 2010 when Expo revealed that Nygren had described Islam as a “violent paedophile cult”, but the public exposure of his white supremacist sympathies undermined the SD’s efforts to present a more moderate public image. They began expulsion proceedings against Nygren and he resigned from the party in protest.

Nygren is evidently not the only Swedish Defence League member who holds extremist views. The SDL’s platform speaker in Stockholm, according to the EDL news report, is one Richard Abrams. He has a blog called Chamber of manifestation which shows him to be a fervent admirer of Nazi occultism. Along with the proud announcement that he will be representing the SDL at Saturday’s rally, Abrams reports that “Me and some friends are fighting a struggle; RECLAIM THE SWASTIKA!” (“If you want US to respect OTHER cultures, you must also respect OUR culture and its symbols”). And just in case you were in any doubt where his political sympathies lie, Abrams reproduces a quotation that he attributes to the Nazi intellectual Alfred Rosenberg (“The old beliefs will be brought back to honor again. The whole secret knowledge of nature, of the divine, the demonic. We will wash off the Christian veneer and bring out a religion peculiar to our race. The religion of the blood”).

It’s also worth noting that the Swedish Defence League’s Stockholm division has posted an advertisement for Saturday’s demonstration on its Facebook page, accompanied by an illustration indicating that the SDL’s main criticism of Norwegian mass murderer Anders Breivik is that his failure to bring enough ammunition to Utøya island prevented him carrying out even more killings.

So, in addition to allying themselves with an English Defence League that carries out violent assaults on leftist protestors in co‑operation with neo-Nazis and recently staged a demonstration threatening to burn down a proposed mosque, Geller and Spencer will be sharing a platform with a group that condemns “race mixing”, campaigns for the swastika to be “reclaimed”, admires a Nazi ideologist and backs a terrorist murderer.