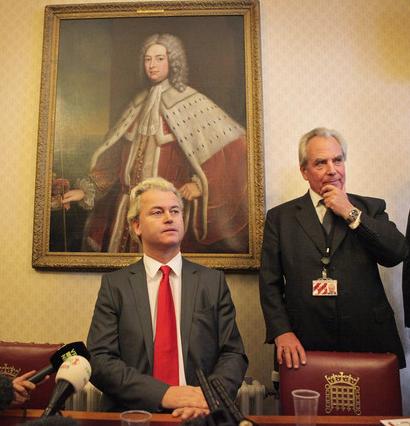 A lord’s claim that Britain faces coming under Islamic rule has been blasted as “alarmist” and “inaccurate”.

In a sick rant, UK Independence Party peer Lord Pearson makes wild statements about the Muslim birth rate. He said the UK was under threat because “the Muslims are breeding ten times faster than us”. He added:

“I don’t know at what point they reach such a number we are no longer able to resist the rest of their demands. We must be looking at somewhere between 10 or 20 years. If we don’t do something in the next year or two we have in effect lost.”

In the video interview posted on YouTube, the multi-millionaire went on to warn against the “growing threat of Islamism”, rambling: “We have to make sure people understand the threat that faces us from violent Islam.”

A Muslim Council of Britain spokesman hit back at the birth rate comment, saying: “It’s inaccurate. The policy estimates have already been widely discredited. We would be concerned about this type of alarmist statement.”

Watch full video here. It was of course Lord Pearson who, together with Baroness Cox, invited Geert Wilders to show his anti-Muslim film Fitna at the House of Lords and welcomed the Dutch far-right racist there during his recent visit to the UK.