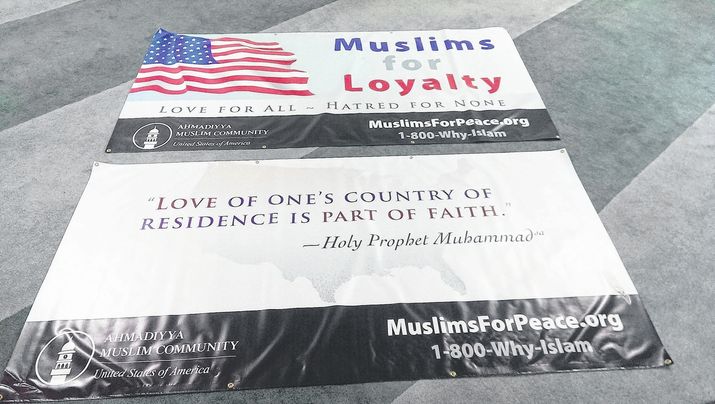 Spectators who lined the July 4 route through downtown were treated to a wide variety of sights and sounds, among the approximately 110 entrants in Round Rock Sertoma Club’s annual Independence Day parade.

They saw soldiers in uniform, combat veterans on motorcycles and roller derby women on skates.

They saw kids on bicycles and on horseback, Star Wars characters and men driving vintage cars.

They saw floats full of Republicans, Democrats and Vacation Bible Schoolers. They saw tumbling gymnasts, beauty queens in their tiaras and a high school marching band – plus Boy Scouts, Girl Scouts, martial artists, Masons and the Knights of Columbus.

What they did not see, however, was an entry from Bait-ul-Muqeet Mosque. Representatives from the Deepwood Drive house of worship had their parade application denied, with a Sertoma Club organizer citing what he called “safety reasons.”

Members of the mosque said they don’t know why their presence in a July 4 parade would be considered disruptive. “We as a group feel we were denied an opportunity,” Yasir Mirza said one day before the July 4 parade. “We as Muslims feel we should be loyal to our country.”

“I’m the one they approached,” said Will Williams, who’s been in charge of organizing the Sertoma Club’s July 4 parade for the past several years. “They had questions about why they were disapproved. They thought it was because they were Muslims. They were denied for safety reasons.”

In separate interviews with the Leader, Mirza and Williams each agreed representatives from the mosque did not immediately have a copy or other representation of the banner they would be carrying, to be turned in with their application.

“They said it would say [something like] ‘Muslims are peaceful and you should honor Muslims,’ Williams said in a July 3 interview. “It was all about Muslims. It isn’t what the July 4 parade is all about. I don’t want a controversy to ruin what we have worked so hard for.”

Via email, Mirza provided the Leader with photographs of what he said would have been the two actual banners that would have been carried – had discussions with Sertoma gotten that far. One banner, decorated with a picture of an American flag, reads: “Muslims for Loyalty. Love for all – Hatred for none.” The other banner attributes a quote to the prophet Muhammad: “Love of one’s country of residence is part of faith.”