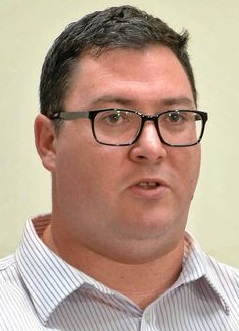 In an opinion article titled Terror in the Tucker Box, Nationals MP George Christensen questions whether shoppers who buy goods with the halal logo are funding a push for Sharia law – or even backing terrorists. Christensen says there’s no way to know where the funds from halal-certified goods end up.

He said it was “outrageous” his grocery dollars were going towards a “religious tax” – listing halal-approved products such as Vegemite, Corn Flakes and Freddo frogs. “Worse still, I don’t know whether my grocery spend is going to fund extremist versions of that religion or extremist religious activities that I would rather not see in Australia,” Christensen wrote on his website.

The Nationals deputy whip said it was “entirely feasible” to think some halal certifiers could be financing groups such as Hamas or the Muslim Brotherhood, citing cases in the US where such links were allegedly found.

“While it’s not terrorism, there is no doubt halal certification is funding organisations with extremist views and activities in Australia. It’s lovely to know a jar of the salty black stuff is sponsoring the advocacy of robbing women of all of their marital property rights.”