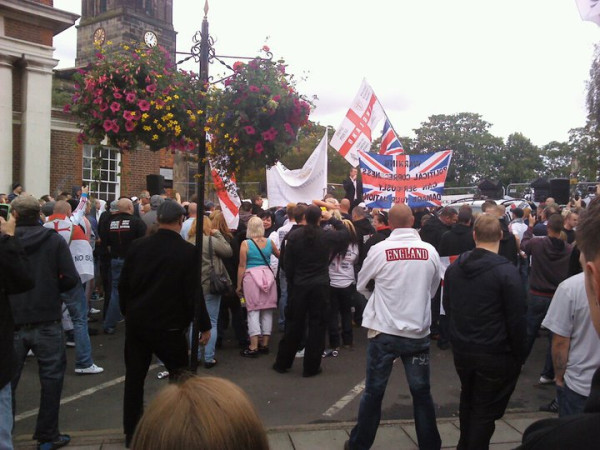 The EDL protest in Telford yesterday passed off relatively peacefully. During the rally itself there were only around half a dozen arrests for offences including possession of offensive weapons, and later three people were arrested for assaulting police officers. Police estimates put the attendance at 300-350 but other accounts suggest that the real figure was much lower.

Those EDL supporters who made it to Telford were treated to the spectacle of EDL co-leader Kevin Carroll putting on his respectable face. He even made a positive reference to Tariq Jahan, the father of one of the young men killed in Birmingham, and asked for a minute’s silence out of respect for those who died in the riots – who of course included three Muslims. This is certainly not a position that would find favour with some of Carroll’s followers – see for example this comment from the EDL Facebook page last week.

The EDL response to the poor turnout was to claim that it was only a local protest, while at the same time thanking those who had travelled from as far away as Edinburgh to participate. It seems clear however that EDL supporters are growing tired of attending endless demonstrations to listen to speeches, and some are now arguing that more forceful action is required to resist the Muslim menace. 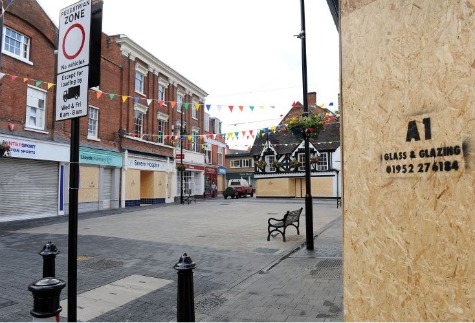 Telford prepares for the EDL