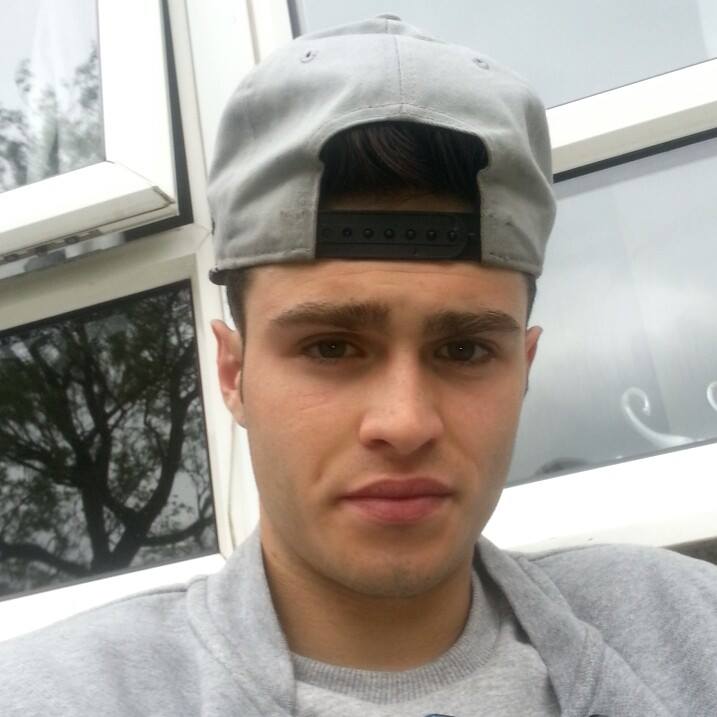 A teenager has been arrested after allegedly posting a racist threat against a mosque on Facebook.

Leon Richmond, aged 18, from Smithills, is alleged to have made an “offensive” comment about the proposed new mosque in Blackburn Road, Astley Bridge, on a Facebook page. He has been bailed by police, who have warned that more arrests will follow.

The proposed mosque, which was given approval by Bolton Council members earlier this month, will be built on a plot of land off Canning Street.

Det Insp Charlotte Cadden, from Bolton North Neighbourhood Policing Team, said: “An 18-year-old man has been arrested on suspicion of making racial threats to cause criminal damage. This is the first of a number of arrests we will be making.

“People seem to think they can make racially offensive comments online with impunity but they can’t because it’s offensive and people are rightly concerned. If you have put something like that online I would advise you to remove it. We have captured some of the comments already and we are prioritising the most serious ones. The arrest made by police is a warning to people.

“All people have a right to a lawful protest if they are unhappy about something but this has far overstepped the mark and turned into racial verbal abuse and threats to damage that have caused a lot concern and upset in all communities. The comments are offensive to lots of people.”

The mosque plans, submitted by Taiyabah Islamic Centre, include a dome, minaret tower and 19 classrooms. They have prompted protests by objectors [see here and here] in the lead-up to the planning meeting on July 3. Protestors shouted abuse at councillors as the proposals were approved.

Cllr Harkin said: “The people who use racist abuse don’t realise that there is an electronic audit trail of what they are up to and that what they are saying is against the law. Some people had legitimate concerns about the planning application but other people were hiding behind that when the agenda was really Islamaphobia and racism.

“People who have legitimate planning objections will be listened to but at the end of the day, some people were using that as a smokescreen for out-and-out racism. I’m glad the police are getting a grip of it. At the end of the day people break the law and police deal with it.”

He said one of his colleagues has been at the brunt of some of the abuse and said it was “appalling and unacceptable”.

Strategic officer Chan Parmar, from Bolton Interfaith Council, said: “We work very hard with Bolton Council of Mosques and other partnerships to ensure peace and harmony in the community and that we respect one another. There is no room for any hate or hateful comments — that doesn’t help us or the community. We should be respectful to one and other and settle our differences without making such comments.”

Det Insp Cadden said police take all reports of hate crime seriously and encouraged people to report incidents to police on 101, or to Crimestoppers, anonymously, on 0800 555111.

Richmond’s Facebook page shows him to be a supporter of the Stop the Astley Bridge Mosque Bolton campaign, who are enthusiastically promoting a forthcoming anti-mosque protest by the North West Infidels: 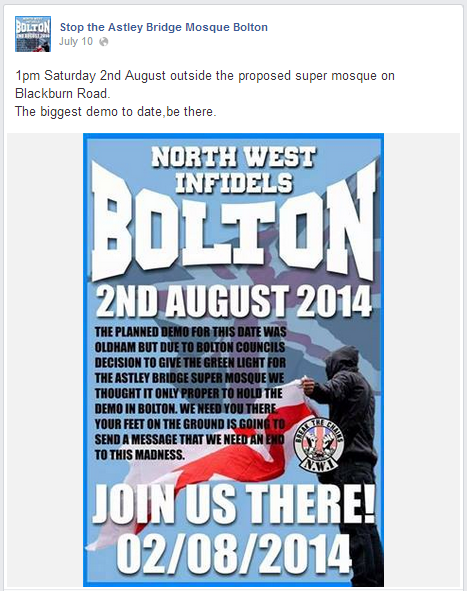 Update:  Meanwhile, over at the Stop the Astley Bridge Mosque Bolton Facebook page, supporters of the campaign have been expressing their outrage at Richmond’s arrest:

Among those offering their support is Danny Parker, an English Defence League member jailed for 8 months in 2011 for his part in an EDL mob who threw stones at Barnsley Muslim Community Centre and shouted “vile and disgusting” abuse at the imam: