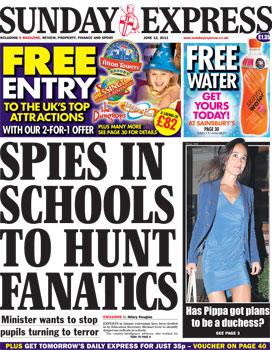 The Sunday Express has apologised and paid damages to a London school it falsely claimed taught an extreme form of Islam.

Northern & Shell’s Sunday title published a front-page story on 12 June 2011, headlined “Spies in schools to hunt fanatics”, in which it wrongly stated that the King Fahad Academy in Acton, west London, taught extreme Islam. The article, which was also published on the paper’s website, falsely suggested that the academy school had been infiltrated by Islamic fanatics.

Clare Kissin, counsel for the King Fahad Academy, said in a statement at the high court in London on Tuesday: “The King Fahad Academy does not teach an extreme form of Islam, nor does it teach its students antisemitism or any form of racism and it has not been infiltrated by Islamic fanatics.”

The Sunday Express apologised for the article and said it regretted the distress caused. The paper agreed to pay an undisclosed amount in damages and legal costs to the school.

Dr Sumaya Alyusuf, director of the King Fahad Academy, said in a statement: “I am very pleased that the newspaper has withdrawn and apologised for these allegations. The school can now concentrate on its mission to provide a world class international education to students through a well-balanced curriculum, which aims to produce citizens who appreciate the multicultural world in which we live.”