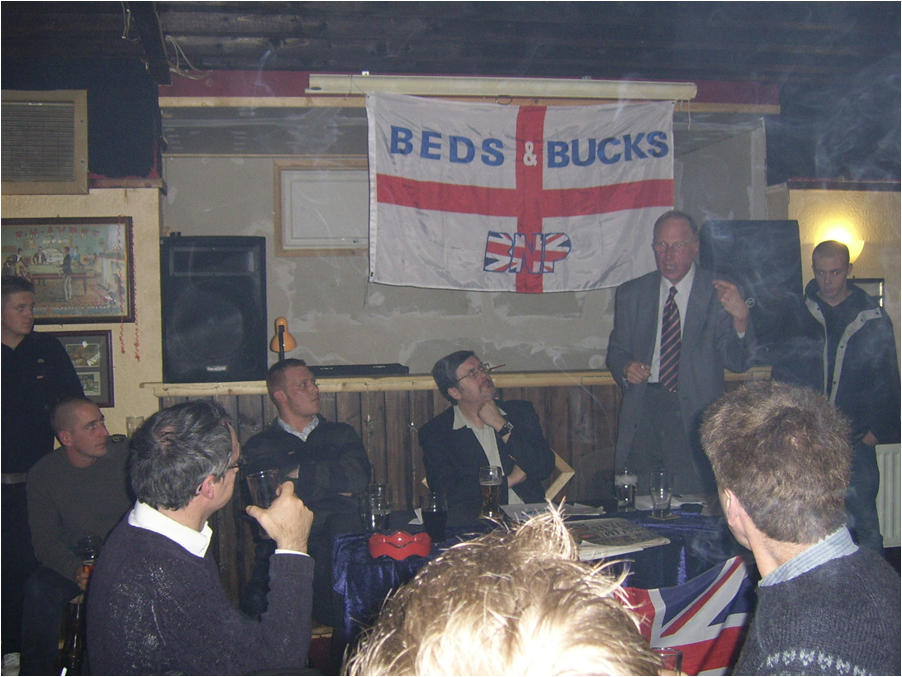 Claims in an academic report that the English Defence League has “sustained connections to the BNP” have been denied by the group’s leader, Stephen Lennon.

The report, by Dr Matthew Feldman and Dr Paul Jackson at Northampton University’s Radicalism & New Media Research Group, says that the EDL’s leaders and followers have “neo-Nazi methods” and connections to the BNP and other extreme-right groups. The academics also accuse the EDL of “engaging in doublespeak that powerfully questions their claim to be a single-issue, non-racist movement”.

But Stephen Lennon, who was last week convicted of assaulting a man at a rally in Blackburn in April, said he doubted the strength of the academics’ research. “All this academic research has been done on the internet and on Facebook,” he said. “They haven’t spent any time with the EDL, they haven’t come to any demos. If they want to get involved then fine.

“They haven’t got a clue at all. We’re not linked to the BNP. I was a member of the BNP for a year in 2004 but I left when I saw what it was all about. Yes we have members who are ex-BNP but they joined the BNP out of desperation. Don’t get me wrong, I’m not going to say that there aren’t any racists in the EDL but we find out who they are and we kick them out.”

He also denied claims in the report that the EDL had received funding from the far-right campaigner Alan Lake, saying: “He has never been a member, he has never given us any money. He spoke at two demos and he wore a suit, and all of a sudden he was a millionaire funder.”

Anyone who might be inclined to believe Lennon’s lies about the EDL’s far-right links should consult Chapter 4 of the University of Northampton’s study – “The English Defence League’s leaders and followers”, by Dr Mark Pitchford. It examines the background of dozens of EDL members from all levels in the organisation before drawing the conclusion that “the EDL is unarguably connected to the BNP and other far‐right groups, whether by previous association or by shared interest”.