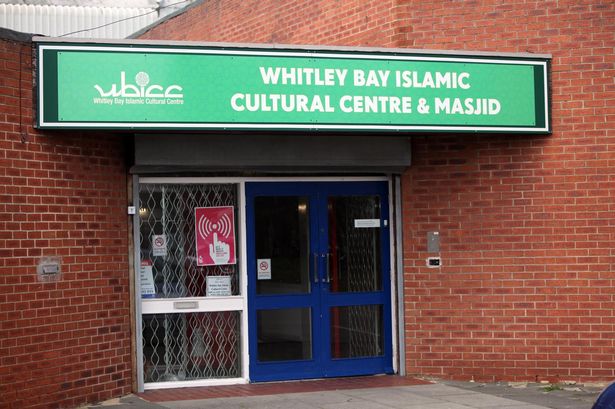 A firework has been thrown at an Islamic centre in Tyneside.

Around eight people were inside the Whitley Bay Islamic Cultural Centre, on Hillheads Road, and were praying at the time of the attack just before 2.30pm on Wednesday afternoon.

Six men have been arrested for criminal damage. No one was injured.

Abdul Hannan, leader of the centre, said: “We were praying at the time of the incident and got such a shock as it sounded like a bomb had gone off. We could see smoke and fire at the window. We would never expect anything like this to happen and we don’t think that we were deliberately targeted as people in the area are very friendly and we get on well in the community. I think it’s just one of these things that could happen anywhere at any time.”

Dad-of-two Keith Beckman, 47, owns a newsagents nearby, and saw a number of the men get arrested. He said: “When something like this happens it comes out of the blue as we don’t get a lot of trouble.” Whitley Bay Ice Rink owner, Francis Smith, added: “I’ve not been aware of any problems with the centre.”

Police insist that it is an isolated incident. Supt Paul Orchard, from North Tyneside Area Command, said “We have arrested a number of people following this incident and extra officers are on patrol to reassure communities. Anyone with concerns should talk to them.”