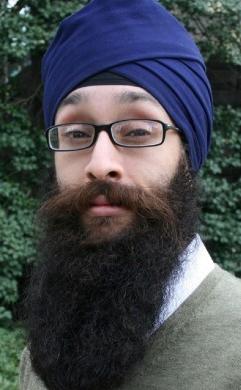 A Columbia University professor was assaulted on Saturday night in what police say is being investigated as a hate crime.

According to a New York Police Department source, Dr. Prabhjot Singh, who is Sikh and wears a turban and a beard, was attacked at 8:15 p.m. while walking along 110th Street near Lennox Avenue in upper Manhattan. An unknown suspect or suspects shouted anti-Muslim statements, knocked the professor down and punched him numerous times in the face.

Simran Jeet Singh, a student and friend of Dr. Singh, visited the victim at Mt. Sinai Hospital where he is recovering from several severe but non-life-threatening injuries. According to Simran Jeet Singh, Dr. Singh said that during the attack the assailants shouted “get Osama” and “terrorist.”

Dr. Singh is a practicing doctor in East Harlem as well as an assistant professor of International and Public Affairs at Columbia University. He and Simran Jeet Singh wrote about the importance of gathering more information on hate crimes against Sikhs in an op-ed in the New York Times last year:

“The government must begin tracking and counting anti-Sikh hate crimes, just as it must continue to vigorously combat bias and discrimination against all Americans, including Muslims.”

As CAIR notes: “Sikh men who wear beards and turbans as part of their faith are often targeted by bigots who mistake them for Muslims.”