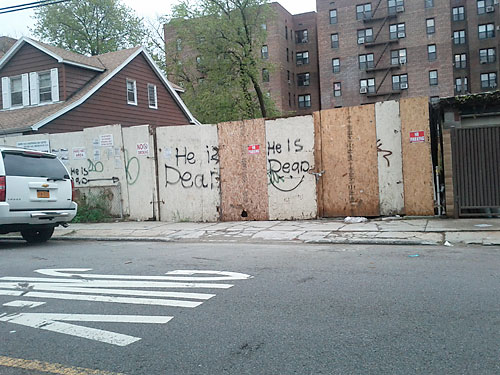 A state judge ruled that the construction of a controversial mosque in Sheepshead Bay can move forward shortly after a lawyer for the developer hinted that opponents of the plan are terrorists – citing inflammatory graffiti cheering the death of Osama bin Laden at the mosque site.

On Tuesday, Judge Mark Partnow dismissed a lawsuit filed by the anti-mosque organization Bay People and neighbors of the as-of-right project on Voorhies Avenue between E. 28th and E. 29th streets, ruling that the mosque wouldn’t adversely effect the neighborhood.

The ruling came shortly after the lawyer for mosque builder Ahmed Allowey accused opponents of the plan of acting like racist terrorists. “This is entirely motivated by racism,” said attorney Lamis Deek. “[The Bay People] has forced my client to expend his resources for no good cause and terrorize people with the vitriolic rallies that they hold.”

She added that the anti-mosque group would never have complained if a church or synagogue was being constructed.

“[They] claim that the mosque will be a nuisance and will be out of character with the neighborhood”, she said. “They’ve held rallies, protests and filed repeated complaints with the city, but have never done anything like this to a nearby church that doesn’t have any on site parking or a nearby synagogue that’s twice the size of the mosque.”

The Bay People do have a reputation of holding protests laced with anti-Muslim sentiment. Some protestors have even claimed that the Muslim American Society – which will take over the operation of the community center once it’s built – has ties to terrorism, although no direct evidence connecting the two has ever surfaced.

On top of that, the decision comes on the heels of a vandal spray painting a “happy face” and the words “He is dead” on the fence surrounding the mosque site in an apparent attempt to taunt mosque supporters over the death of bin Laden. The graffiti was discovered on May 5, four days after bin Laden’s killing by Navy Seals. 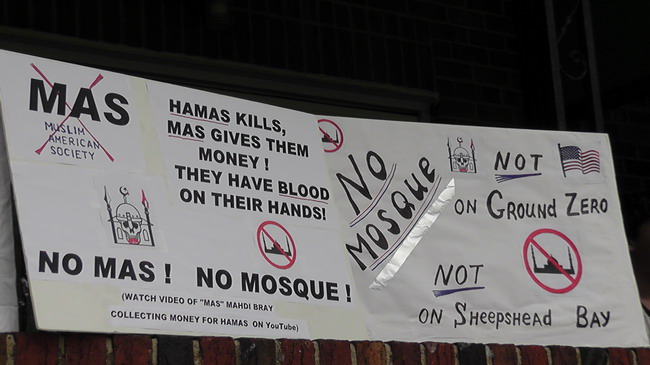