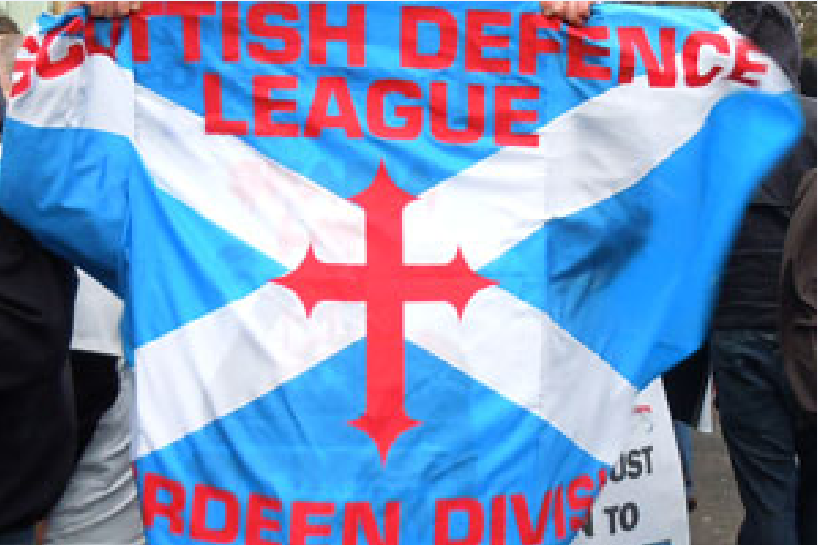 A man has been warned he could face jail for posting a Facebook comment about burning down a mosque in the wake of Lee Rigby’s murder. Derek Phin, 46, appeared at Aberdeen Sheriff Court on Friday where he pleaded guilty to posting the threatening and abusive remark on the social network last June.

British soldier Lee Rigby was off duty in southeast London when he was attacked and killed on May 22 last year. Radical groups then tried to exploit the soldier’s murder resulting in attacks and protests against the UK’s Muslim community.

Phin, of Aberdeen, admitted posting on Facebook that Edinburgh Central Mosque should be burnt down on July 2 during a counter demo. The mosque was due to be packed at the time for a meeting organised by pressure group Unite Against Fascism in response to extreme right wing protests.

Fiscal depute David Bernard told the court that police had been tipped off to Phin’s comment which he put online on June 30. He said: “On July 13 police received information that a comment of a racially motivated nature and thought to incite racial hatred had been posted on Facebook social network site on a page pertaining to the Scottish Defence League.

“One of the comments had been from a user account in the name of Derek Phin and had been posted on June 30, 2013 as part of a conversation about a Unite Against Fascism campaign to be held at an Edinburgh mosque on July 2. The comment attributed to Phin read ‘burn the mosque down when the meeting is ongoing’.”

Police confronted Phin at his home in Aberdeen on September 4. He was taken to a police station where he admitted making the comment and stated he was a member of the Scottish Defence League. He was then cautioned and charged.

Defence agent David Sutherland said the mail-room worker had put the comment on Facebook as he felt that the men who committed Mr Rigby’s murder were being protected by the authorities in the aftermath of the attack. Michael Adebolajo and Michael Adebowale were found guilty of the fusilier’s murder at the Old Bailey on December 19.

Mr Sutherland said: “The background involves the murder of Lee Rigby. This was his reaction to his perception of how the authorities dealt with the murder of Lee Rigby – his reaction to how the people were protected by the authorities for what they had done. He accepts that it was an entirely inappropriate comment. He has not used Facebook since he appeared in court.”

Sheriff Annella Cowan deferred sentence for the preparation of reports and released Phin on bail. She warned him: “You should not use Facebook. You should be putting your affairs in order in case you go to jail. There will be no predeterminations but it is a serious consideration.”