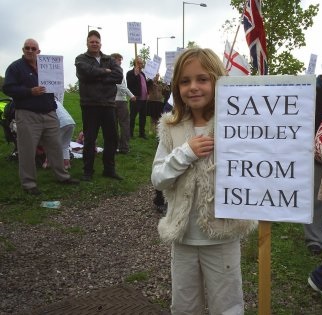 “Islam is a belief system that has a place amongst sand dwelling barbarians who lived over a thousand years ago but not in the twenty first century in Western Europe, in Britain and in England.”

The British National Party protests against a proposed new mosque in Dudley.