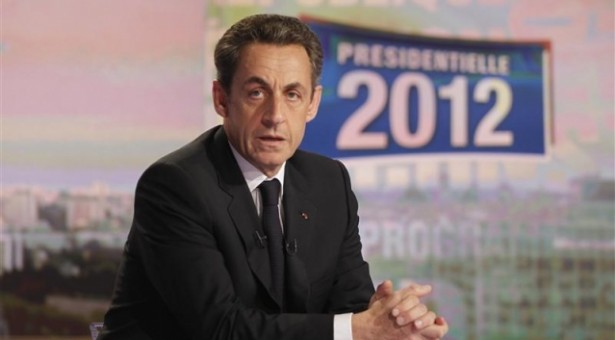 Sarkozy told a French TV station this week that Tariq Ramadan, a controversial Muslim intellectual and Swiss national, supported Hollande. “This is a man who solicits votes for Hollande,” Sarkozy told the TF1 TV station, before adding, “And I have never heard Hollande say it bothers him”.

Not so, replied Hollande. “That is completely false,” said the Socialist frontrunner in an interview with the France Info radio station. “Tariq Ramadan, who does not even vote in France, has never mentioned my name.”

In a phone interview with FRANCE 24 Thursday, Ramadan denounced Sarkozy’s latest allegation, calling it “a mean and unacceptable lie”.

“The presidential candidate has been caught flagrantly lying,” he said. “I only said that if I was a French citizen … I would take a look at Sarkozy’s track record over the past five years, and I would be very dissatisfied about it. The outgoing president is trying to poach supporters from the National Front. He’s beginning to smell defeat and so he’s pushing it even further.”

Ramadan’s comment came as Sarkozy, who has been lagging in the polls, is desperately trying to woo the 18 percent of the French electorate who voted for the far-right National Front candidate Marine Le Pen in the April 22 first round of the presidential poll.

In another interview earlier Thursday, the embattled French president insisted Ramadan had called on French Muslims to vote for Hollande “or a party that serves Islam” at a March 11 public meeting in the southern French city of Lyon.

But in his interview with FRANCE 24, Ramadan categorically denied the allegation. “I remember that meeting well. I never made any such comment, because I never address the community vote,” he said. “When I attack Nicolas Sarkozy, I’m taking on the government, the establishment. As for the Socialist Party, I also regret that it has abandoned its ideals. I hold both the mainstream French political parties responsible for the rise of the National Front.”

Ramadan is dismissive about the incumbent candidate. “I have no lessons to learn from Nicolas Sarkozy, who sang the praises of a ‘moderate and progressive’ Islam practiced in Saudi Arabia, when he visited the country in 2008,” he said. But he insists his criticism does not constitute support for Hollande.