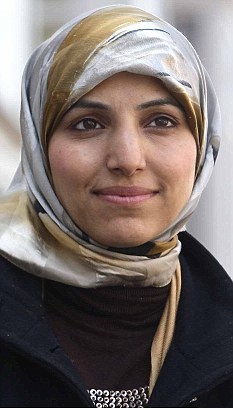 On Saturday 8 August a group under the name of “English Defence League” will attempt to stage a demonstration in Birmingham which they claim is directed against “Islamic extremism”. The English Defence League staged a similar protest in Birmingham on 4 July. Adrian Goldberg interviewed one of their leaders on his Talksport radio show during which he confirmed their “opposition to all Muslims practising their faith in Britain”, and admitted links with the BNP. The broad-based campaign, Unite Against Fascism, is calling for a peaceful counter-demonstration to assemble at 5pm on Saturday outside Waterstones bookshop in the Bull Ring.

“The instigators of this demonstration are fascist thugs. They are coming to our city with one intention only: to sow racist division by stirring up anti-Muslim hatred.

“One of their ringleaders made their intentions very clear when he publicily stated his opposition to all Muslims practising their faith in Britain”, and admitted links with the BNP.

“The police have assured me that they will deal with any troublemakers. I am concerned, though, that the West Midlands Police are playing down the racist nature of this protest, and the links the protestors have with far-right organisations. Everyone has the right to their opinions, but

“No-one has the right to incite hatred against others on the grounds of race or religion. It is very important that the West Midlands Police act firmly to deal with any incitement to racist hatred.

“Birmingham is a multi-cultural city and proud of it. It is also important that people of all faiths and cultures stand together in a spirit of peace and unity. We must show these people that they are not wanted here, and that Birmingham will not be divided by race or faith. I urge everyone attending this protest to show the best of our city and ensure that this is a peaceful and respectful demonstration of unity.”