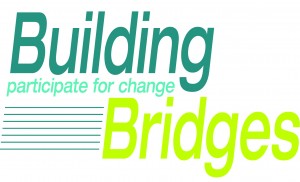 A campaign has been launched to encourage Muslims in Leeds to report hate crimes amid moves to improve the way police record such incidents.

The Building Bridges project, based at the Hamara Centre in Beeston, is behind the Report It! initiative, which urges victims to come forward following concerns that many are staying quiet. It comes after West Yorkshire Police and Crime Commissioner Mark Burns-Williamson pledged to look at whether hate crimes could be recorded to show the numbers of offences committed against particular faith groups.

Tafazal Mohammad, Building Bridges project co-ordinator, said it was difficult to assess whether Islamophobic crime had risen. He said:

“In some parts of London there is evidence that anti-Muslim hate crimes have gone up several hundred per cent. In Leeds we have got anecdotal evidence, but we want to be a bit more statistical in terms of trying to identify the extent of the problem. A lot of people won’t report it because they think it’s a waste of time and nothing will be done about it. We’re trying to say that if they don’t report it, in a sense they can’t complain if nothing is done.”

West Yorkshire Police currently monitor and record hate crime based on disability, sexual orientation, race or faith. But proposals are being looked at to divide each into sub-categories, with anti-Islamic crime being flagged under the faith category, along with hate incidents against Christians, Muslims, Jews, Hindus and Sikhs.

Mr Mohammad added: “We want to ensure that the general public are now made aware of the new categories and that this increases their confidence in reporting hate crime.”

Andrew Bolland, from Leeds-based Stop Hate UK, said hate crimes against Muslims tended to rise in the wake of high-profile incidents like the murder of soldier Lee Rigby in Woolwich, London, in May last year. He said: “In general we haven’t seen any dramatic spikes across Leeds or West Yorkshire. The number of recorded hate crimes of all types has actually gone down, but that doesn’t necessarily mean that fewer crimes are happening – it could be because victims don’t know how or choose not to report.”

A spokeswoman for the police and crime commissioner said work was still being done on plans to adjust the recording of hate crimes, but an announcement was expected this autumn.