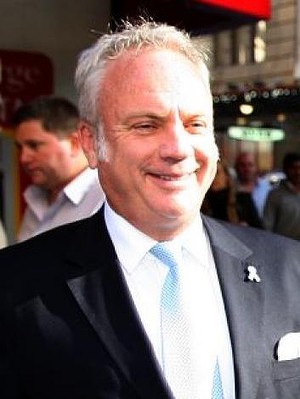 A Sydney radio presenter has been told he will not be filling in a guest slot on 2GB after he called the Prophet Muhammad a paedophile.

The former 2UE presenter Michael Smith made the comments on Thursday during his regular guest spot with 2GB host Ben Fordham.

Smith was discussing the recent controversy about a talk the Festival of Dangerous Ideas had booked, and later cancelled, with a Muslim activist, titled “Honour killings are morally justified”.

He compared the festival’s invitation to Uthman Badar to asking the leader of the Ku Klux Klan to speak and said the founder of Islam was “… a man who promoted the idea that it was OK to marry a six-year-old and consummate the marriage when the little girl was nine”.

The broadcaster had been due to fill in for the afternoon presenter Chris Smith from Monday for three weeks. However, on Saturday he wrote on his website that 2GB’s program director, David Kidd, had telephoned and cancelled the booking, telling him he could not call a deity a paedophile.

Smith pointed out that he had made similar comments on 2UE in 2011 and had been acquitted of a complaint of inciting hatred, and of factual inaccuracy, by the Australian Communications and Media Authority.

Smith said on his website that he stood by his comments.