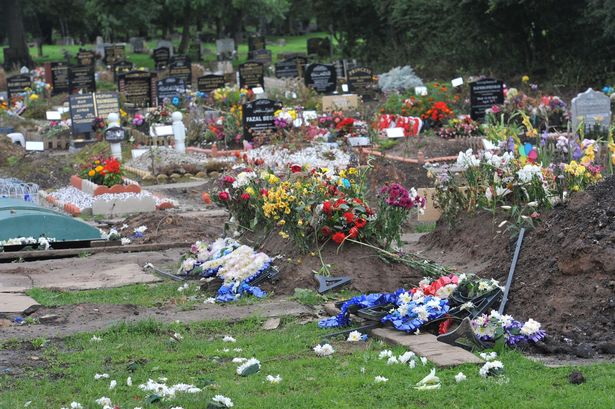 Racist vandals have targeted Muslim graves at a south Manchester cemetery for a third time. Sometime between 4pm on Friday 20 November and 9am on Monday 23 November unknown offenders pushed over 20 headstones at the Southern Cemetery on Barlow Moor Road. The vandalism is being treated as racially motivated as only a Muslim section of graves were targeted.

On 29 September 2009, 26 Muslim headstones were vandalised and on 2 November 2009, 27 were similarly targeted. Police are now appealing to anyone who has information to come forward. Detective Chief Inspector Steve Eckersley said:

“It is an absolute disgrace that whoever is responsible thinks it acceptable to repeatedly target the graves of loved ones. The repeated nature of these attacks and the fact the offenders are only targeting Muslim graves means we are treating this as a hate crime. This sort of mindless, racist behaviour must be utterly condemned and I’m sure the whole community will be outraged, that is why I want to reassure them, and in particular the families affected that we are doing all we can to catch the culprits.”