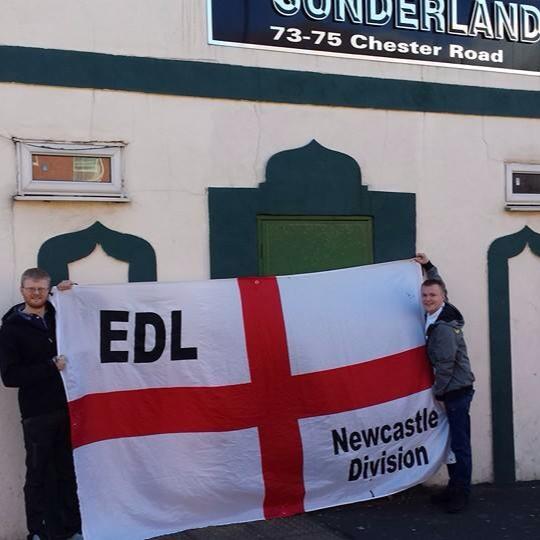 A racist thug has been fined for damaging a mosque after a far-right rally in Sunderland.

Connor McIntosh launched the attack on the Jami Masjid mosque in Chester Road, Sunderland, drunkenly kicking a drainpipe. The 19-year-old had been at a demo over proposals for a new mosque in Millfield on March 30. He was arrested after being captured on CCTV lashing out at the building. Sunderland magistrates were told how he ranted about Islam and bragged about being a member of the EDL during his interview with police.

Penny Bottomley, prosecuting, said McIntosh, an unemployed scrapman, was so drunk at first that he did not know why he had been arrested.

She said: “The defendant, when he was interviewed, was asked why he had been detained. He thought it was because he was too drunk, but then said there were too many mosques and they (Muslims) were grooming our kids. He said he had a child on the way and he did not want his child getting involved in all of that. Then he said the police should stop them burning our poppies. He confirmed he was a member of the EDL, and he was the male on the CCTV, and had ripped the pipe off the building himself.”

Jason Smith, defending, said father-to-be McIntosh, of Heathgate, Houghton-le-Spring, had never been in trouble before. He said: “Usually, this is a matter that should have been dealt with by way of a caution. I accept the reason why it was not is because of the nature of the allegation, and because of his involvement with the EDL.”

Mr Smith told magistrates that the protest McIntosh had been to was organised with the “understanding” of the police and that McIntosh had the right to air his views. He added: “Unfortunately, he had a bit too much to drink, and at the end of the march he caused damage to the drainpipe, then he walked away. He did not cause any more damage and he did not shout and swear or abuse anyone.”

McIntosh was fined £110 and ordered to pay £100 compensation to the mosque, along with £85 court costs and a £20 victim surcharge.

McIntosh doesn’t necessarily require the assistance of alcohol to unleash his viciousness towards the Muslim community. Here is his sober reflection on his arrest for attacking the Jami Masjid mosque:

Here he is expanding on his views about Muslims:

And here is McIntosh providing an illustration of how he would like to conduct a fight against the “Muslim scum”: 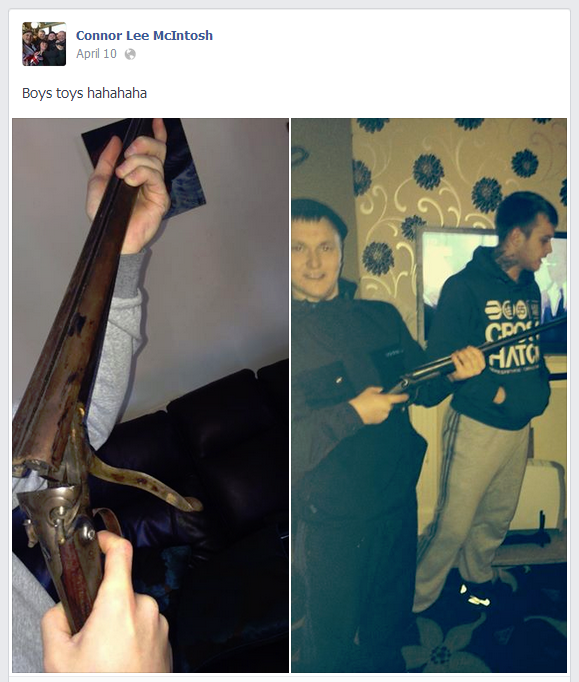