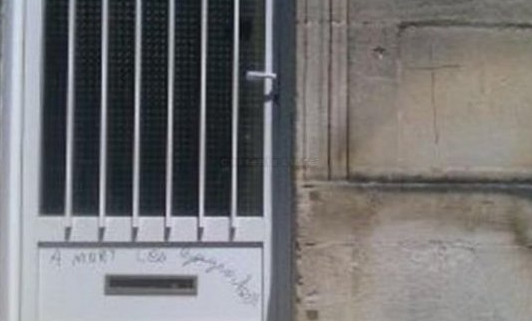 The mosque at Cognac, in southwestern France, suffered a graffiti attack on Monday night, Charente Libre reports. The slogan “à mort les bougnoules” (death to the wogs) was written on the door of the women’s entrance and a Christian cross drawn on the wall. Small posters with pig’s heads were scattered on the steps along with pieces of ham and sausage meat. Police are also examining sheets of paper with racist messages printed on them that were left at the scene.