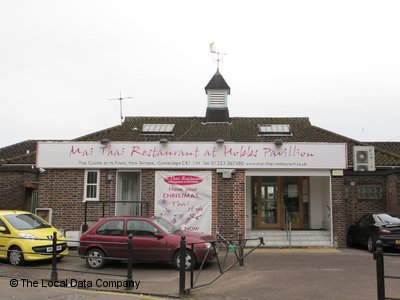 A gang launched a “completely and utterly disgraceful” racist attack on staff at a Cambridge restaurant in the wake of the Lee Rigby murder.

The five friends – three of whom have been locked up – chased and assaulted staff, threw glass bottles and bins and hurled racial abuse outside the Mai Thai restaurant by Parker’s Piece as they chanted “EDL”. They goaded two brothers into coming outside before attacking them while shouting racist abuse on June 6 last year, a few days after the brutal murder of Fusilier Rigby in Woolwich.

The manager of the restaurant, who did not want to be named, told the News after the Cambridge Crown Court sentencing they attacked Muslim and Thai workers – and then turned on some of the 20 or so police officers who arrived on the scene.

He said: “It was very nasty. They attacked staff for no reason who were trying to get on with their work and shouted racial abuse, which was completely and utterly disgraceful. I’m glad they have been given these sentences. These are thugs who have got nothing better to do and hopefully this will teach them a lesson that it’s not something they can get away with.”

Marti Blair, prosecuting, said the offence started when one of the group tapped on the window of the restaurant and made aggressive gestures to staff as they were clearing up. She said: “A member of staff thought it could be some sort of hate race incident and he called police, which was reasonable given the Lee Rigby killing had only just taken place a couple of weeks earlier and there had followed a number of race hate attacks at that time.”

She described how some of the gang started pushing two members of staff, leaving the brothers with damaged ribs and ripped shirts. They then threw glass bottles and bins at the door while chanting the far right group’s name and demanding they “go home”. She said: “All of the witnesses describe how the group were chanting EDL and saying things like ‘go back to your country’.”

Jacey was jailed for a year, Collinson-Prime was sent to a youth offenders’ institution for a year and the youth was given a one-year detention and training order. Jackson and Mooney were each given eight-month jail sentences suspended for two years and must do 200 hours of unpaid work. The young group have nearly 40 previous convictions between them.

Judge Gareth Hawkesworth, sentencing at Cambridge Crown Court, described it as a “thoroughly unpleasant racist attack” and added: “It will simply not be tolerated.”

One of the victims said in a statement read out in court that he was still scared for his safety. He said: “These people know where I work and clearly have an issue with me and the colour of my skin and this is not an issue that is going to go away.”