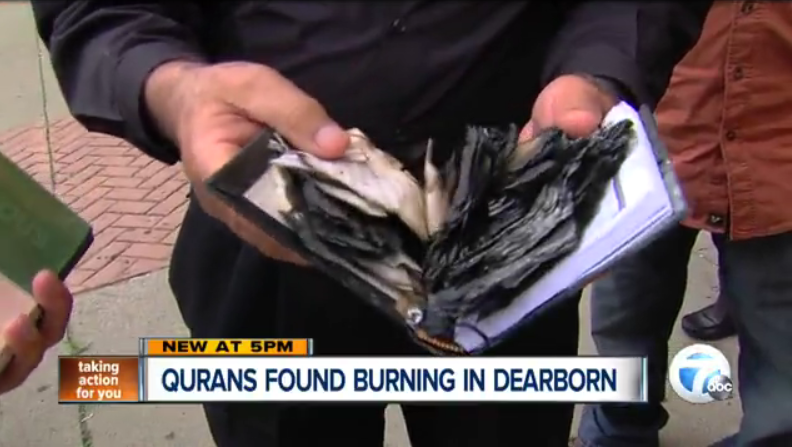 Several Qurans were burned in front of a Dearborn mosque yesterday in possible connection with anti-Islam Pastor Terry Jones’ visit to the city on Saturday.

The three books were burned in front of the Karbalaa Islamic Educational Center, 15332 West Warren Ave. The imam of the mosque, Sheikh Husham Al-Husainy, confirmed that the incident occurred and that police are investigating.

Al-Husainy said he met with public safety officials, including the FBI and Dearborn’s police chief, yesterday. “I’ve been in this mosque for 20 years, and this never happened,” Al-Husainy said.

A group of local imams are convening tonight in Dearborn to discuss how to handle the situation.

The mosque is the center of Dearborn’s Iraqi Shi’a community and is often visited by people interested in its history. Al-Husainy said visitors come each week and for group tours.

Jones is visiting Dearborn to rally against Islamic Sharia law. The Florida native is expected to be the featured guest speaker at the Dearborn Freedom Rally, an event held by the American Patriotic Bikers.

Jones planned to speak in front of the Islamic Center of America on Ford Road but, because he did not obtain a permit from the city, he will be speaking in front of City Hall, one of Dearborn’s designated “free speech zones.”