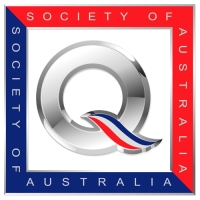 The anti-Islam group that brought controversial Dutch politician Geert Wilders to Australia has emerged as a key force behind protests against the building of a mosque in Bendigo.

The goldfields city has faced a surge of anti-Islamic sentiment following last week’s approval of its first mosque. An anonymous group tied black balloons to the house of a local councillor who supported the successful planning application – meant as a warning linking domestic violence with Islam.

A Facebook group called “Stop the Mosque in Bendigo” has grown to nearly 8000 “likes” and carries material targeting councillors who supported the mosque as “traitors”.

It has now emerged that the Q Society, which describes itself as “Australia’s leading Islam-critical movement”, organised a meeting in Bendigo on May 11 to advise residents how to stop the mosque. The two-hour meeting was led by Q Society president Debbie Robinson and the group’s head of media and public relations Andrew Horwood. Gavin Boby, from Britain’s Law and Freedom Foundation, also spoke at the meeting via video link.

The event, which was attended by about 100 people, was advertised with pamphlets describing Islam as “totalitarian ideology” which brings violence, misogyny, homophobia and economic stagnation wherever it spreads.

Mr Horwood said the Q Society’s role was simply to provide information and leave it up to the local community to take action. “We offered advice about how Islam is structured and what the effect of the mosque will be in Bendigo,” he said. “We recommended to those involved to write letters to the council and to phone councillors and to become more involved in their community and just spread the message that Islam isn’t good for Australia and a mosque would not be good for Bendigo.”

The Q Society, which has about 1000 members in Australia, organised and funded the 2013 Australian visit by Dutch anti-Islam MP Geert Wilders and, in March, organised an event called the International Symposium on Liberty and Islam in Australia, held in Melbourne.

In 2011, the group organised a petition against Muslims using a community centre in Alma Road, St Kilda East, for Friday prayer. It has also campaigned against halal certification schemes, which it calls a “hidden Islamic tax”.

Bendigo resident Michelle Goldsmith said she was given an anti-islam pamphlet produced by the Q Society at a rowdy council meeting on Wednesday, when the $3 million mosque was approved at a vote of 7-2.

The pamphlet, called “A mosque is not like a church or a temple”, says mosques “are a seat of government, a command centre, a court, and in some cases used as military training centres and arms depots”.

“We need our politicians and lawmakers to recognise Islam as a political entity,” the pamphlet states. “We need to monitor hate speech in mosques given the known seditious nature of Islamic teachings in some mosques.”

Ms Goldsmith said she was shocked by the material in the pamphlets, which a number of people were handing out at the meeting. “It confirmed my suspicions that these people were being fed hate speech by an outside group. I thought, ‘I’m sure Bendigo’s not like this’, and this was proof.”

The local Stop the Mosque in Bendigo group has remained faceless throughout the community debate. But Mr Horwood insisted the group is real and not a front for the Q Society. “They are definitely locals; it’s not outside people,” he said. “No one from that organisation actually wants to speak. They just feel so threatened. They see the media as distorting what they say. They’re scared of that.”

Mr Horwood said instances of black balloons appearing at properties belonging to mosque supporters were “disappointing and inappropriate” and his group was not involved.

Local state MP Jacinta Allan said it was unacceptable for people outside of Bendigo to try to swoop in and divide the community. “Bendigo has a proud history of tolerance and diversity dating back to the gold rush era, and we’ll work hard to preserve and build upon it,” she said.

Bendigo councillor Elise Chapman, one of two councillors who voted against the mosque, said the community had lost focus on what the debate is really about – hundreds of people being denied the chance to speak against the planning application. “All objectors have a right to object without being labelled as racists and bigots,” she said. 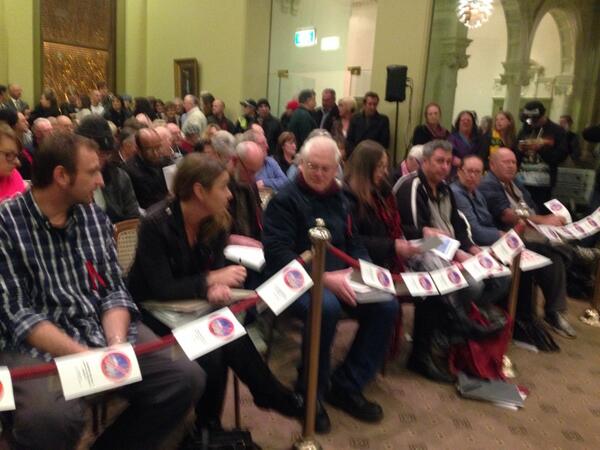