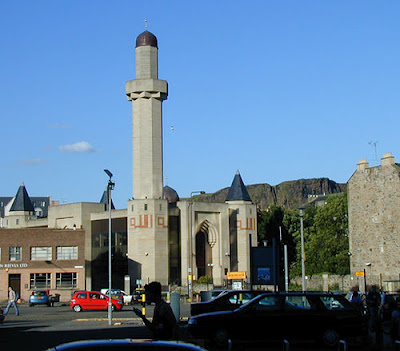 A race row has broken out after almost a third of the children due to take part in a school field trip to a city mosque were pulled out by their parents.

Children from Newtongrange Primary visited the Central Mosque in Potterrow, but from an original group of 90 pupils, 28 were withdrawn.

The trip had been organised to help educate the primary one, two and five pupils about other religions and cultures. But one parent today said they didn’t want their child “mixed up in the hate being preached in mosques”.

Religious leaders and Midlothian councillors condemned parents pulling their children out the trip, but one 42-year-old parent of a P2 pupil, who did not take part, said: “I don’t agree with sending my child to a mosque to learn about a religion that isn’t my own. It’s the hate that is being preached in these mosques that I don’t want my child mixed up in.”

Another said: “If you don’t want your kids learning that kind of stuff, then you should be allowed to say ‘no’. Many of my friends are a different religion to me, but they don’t try to ram it down my throat.”

But Dr Salah Beltagui, of the Muslim Council of Scotland, said education would help eradicate a “fear of the unknown”. He said: “These views are rather worrying as they are not based on fact but on fear of the unknown. They are an offshoot of the current hysteria surrounding Islam at the moment in the UK. What happened in Woolwich is in no way representative of Islam, we do not condone violence and we are part of this country too.”

Dr Beltagui’s view was  supported by Sean Swindells, parish minister of Newbattle Church in Newtongrange, who said: “I think children need to be aware of other faiths. A lot of the recent incidents have been hyped up and so it is understandable that people feel a level of discomfort.”

Newtongrange councillor Jim Muirhead said: “Unfortunately people equate recent incidents in Woolwich with religion when in my view such incidents are as far from  religion as you can get.”

However, Kenny MacDonald, Scottish regional organiser of the BNP, backed the parents. He said: “I applaud these parents in going against the wave of political correctness.”