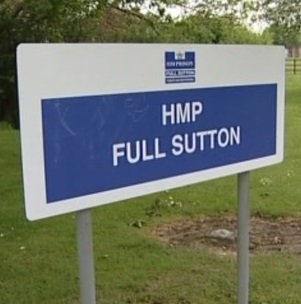 Two inmates at a maximum security prison have been condemned by police for posting crude explosive devices and racist letters to solicitors in West Yorkshire.

Bret Atkins, 23, and Jamie Snow, 27, prisoners at HMP Full Sutton near York, sent a series of threatening letters which police say were “designed to instil fear in their recipients”. Officers from the North East Counter Terrorism Unit were alerted to what they were doing by prison officers after they intercepted a letter containing an incendiary device.

Detective Chief Superintendent Ian Wilson of the North East Counter Terrorism Unit said: “Bret Atkins and Jamie Snow waged a campaign of hate against innocent people, choosing victims purely on the grounds of their race or religion. They expressed deeply racist and anti-Muslim views and sent a series of threatening letters, designed to instil fear in their recipients.

“Snow and Atkins took their hatred beyond threats to kill and even tried to post explosive materials in an attempt to cause harm or injury. Thankfully this mail was intercepted by vigilant officers within the Prison Service and was never able to enter the postal system.

“Snow and Atkins may already be in prison, but they will still be held accountable. We will continue to work with the Prison Service to respond to racially aggravated incidents.”