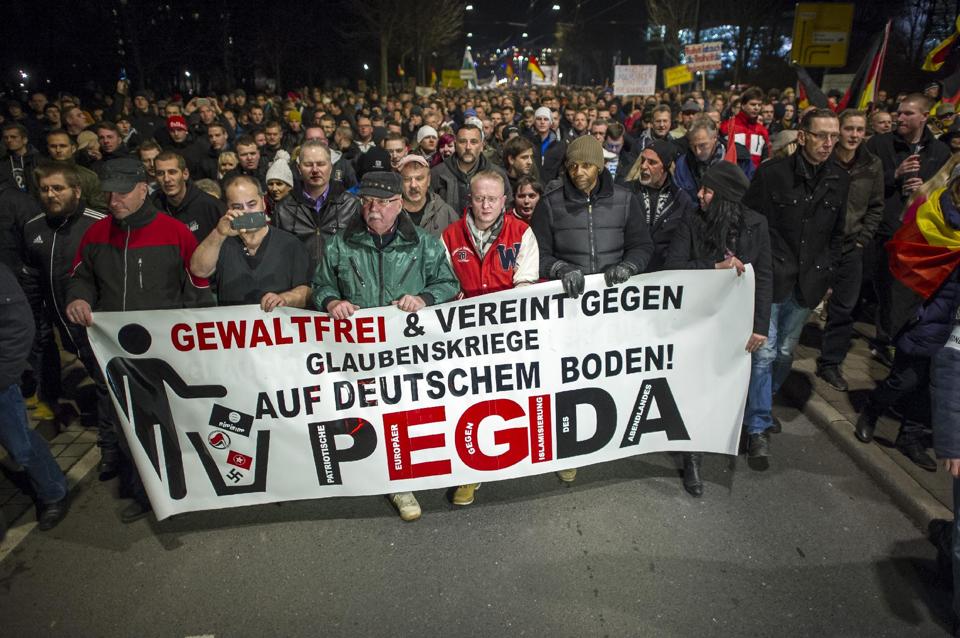 Germany’s president on Wednesday praised his compatriots’ willingness to take in refugees and said he is glad that most people don’t want to “seal Germany off,” a message that comes as growing anti-Islam demonstrations in an eastern city have worried many.

President Joachim Gauck’s Christmas message didn’t mention directly the rallies in Dresden organized by a group calling itself Patriotic Europeans against the Islamization of the West, or PEGIDA. But he said society “needs its citizens to respect each other and to heed each other, day in, day out.”

Mainstream German politicians have been divided between outright condemnation of the rallies and saying that demonstrators’ concerns should be taken seriously. Immigration has emerged as a contentious topic lately in Germany, partly due to a sharp rise in asylum applications, particularly from Syrians.

Gauck said he wanted to tell those “worried by developments in the world” not to be afraid. “Taking fears seriously does not mean giving in to them,” he said.

He praised Germans’ “great willingness … to take in refugees” and said it was encouraging “that the vast majority of us do not share the views of those who want to seal Germany off.”

PEGIDA’s demonstrations in Dresden, a region that has few immigrants or Muslims, have swelled from a few hundred in October to some 17,500 on Monday. Similar groups elsewhere haven’t mobilized anywhere near as many people, and there have also been large protests against them.

Chancellor Angela Merkel has warned Germans against being duped by far-right rhetoric, while the head of Germany’s main industry lobby group has said immigration is needed to secure prosperity.