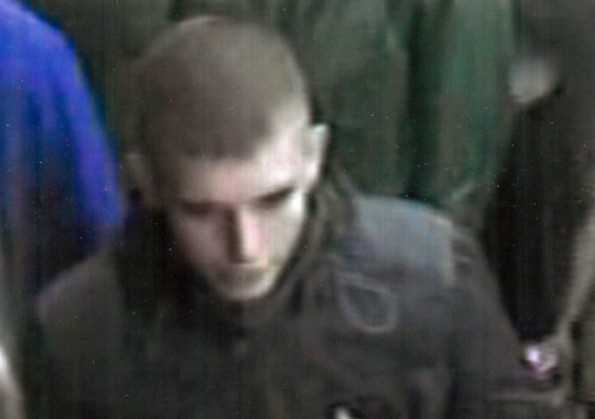 Police have released CCTV images of suspected thugs who threw bottles and bricks at an anti-racism concert crowd in Leeds.

Protestors shouting support for the far right extremists the English Defence League (EDL) stormed the Rage Against Racism event at The Well music venue in Chorley Lane near the city centre. The group, who were chanting “EDL”, smashed windows after going on the rampage after they were refused entry. They hurled projectiles at the 150-strong crowd. Two people were injured, including one man who suffered serious cut to his mouth and had a tooth knocked out in the incident.

Three men were arrested at the time on suspicion of affray and are currently on police bail pending further enquiries. Now City and Holbeck Police have released CCTV images of four men they want to identify in connection with the disturbance at the venue, formerly known as Joseph’s Well.

The group also allegedly posted their plans on Facebook and afterwards boasted on the internet about what had happened.

Organisers said that the concert continued as planned until the early hours of Sunday morning. Star guests at the punk, ska and reggae event included The Mighty Oppressed, Low-Life UK and DJs Jon Firth and Jamie Headcharge. All money raised at the event was donated to the Unite Against Facism organisation and local projects.

Anyone who recognises the men or who has any information should contact Det Cons Neil Twitchett at Holbeck CID via 0845 6060606. Or contact Crimestoppers, anonymously and in confidence, on 0800 555 111.