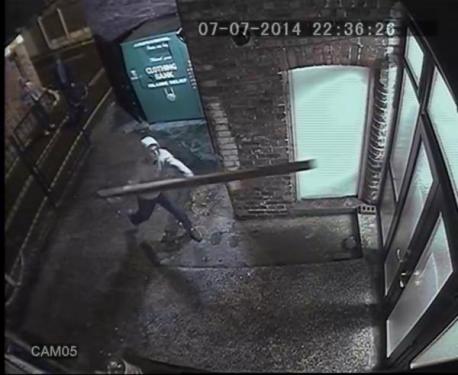 Cheshire Police has released a CCTV image of suspects they are hunting, believed to be involved in an attack on the mosque in Warrington town centre.

Officers are again appealing for information after the mosque on Arpley Street was vandalised.

One man can be seen, apparently about to smash a window, with another man in the background of the image.

Police say they are treating the incident, on Monday, July 7, as racially aggravated criminal damage.

Sgt Rob Horton, of Warrington Town Centre NPU, said: “Enquiries are still ongoing and we would like to speak to anybody who may know the people seen in the CCTV footage.”